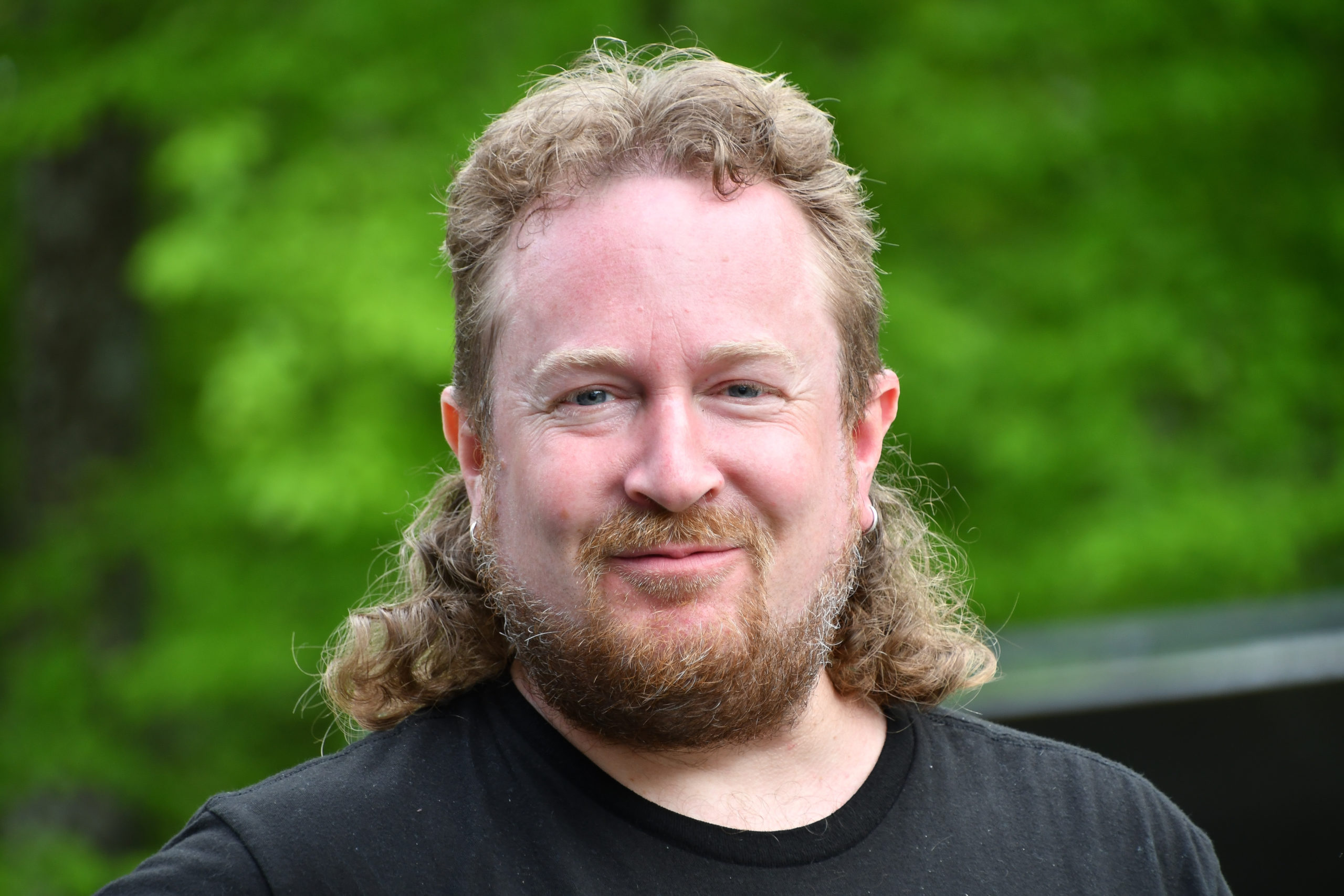 Some fashion and beauty trends never go out of style – like the little black dress and the smoky eye. But there are many that have, and they should probably stay that way.

These hairstyles, makeup looks and fashion fads might be unforgettable, but let’s try to keep them in the past where they belong.

Beehive hair is synonymous with the 1960s, and it was embraced by everyone from Aretha Franklin to Bridget Bardot. It was originally created by Margaret Vinci Heldt, a celebrity hairstylist from Chicago, for a magazine called Modern Beauty Shop. According to Cosmopolitan, Heldt was inspired by a hat she wanted to wear but couldn’t make work with any style. Undeniably, the style deserves its place in history, but because it’s so strongly associated with one decade, wearing a beehive today looks a bit like dress-up.

Experimenting with hair color is something of a rite of passage, but anyone who tried the two-toned look, a la Christina Aguilera, circa 2000, probably agrees it’s not something they want to repeat. The effect of light and dark colors right next to each other was about as unnatural as you could get. By comparison, today’s “bronde” hair blends brown and blond colors for a more flattering effect.

Possibly the most unforgiving fashion trend of all time, the low-slung pant was an exclusive club, and if you didn’t have a washboard stomach, you couldn’t get in. Last year, Glamour warned that the low-rise jean was making a comeback. Let’s hope they were wrong.

What the beehive is to the 1960s, the victory roll is to the 1940s. Often associated with maneuvers performed by fighter planes in World War II and the roll of exhaust that remained in the sky afterward, there’s no hairstyle that’s more patriotic. But as much as we appreciate its cultural significance, who has time to do that every morning? Just trying to figure it out is exhausting.

Tube tops are still around, but they’re not half as popular as they were back in the late 1990s and early 2000s. If you take a look at Google, you’ll find out exactly why. The most common questions about tube tops are along the lines of “how do I keep my tube top from falling down?” and “how do tube tops stay on?” That says it all, really.

Whether it has a 1970s punk vibe or a 1980s permed explosion, a hairstyle that requires a can of hairspray to achieve is just a bad idea on so many levels. First of all, the effort required to give your hair eight times its normal volume is immense. All that hair spray can’t be good for you. If you get caught in the rain, it’s a complete disaster. And when it comes to brushing it before bed … well, that’s gotta hurt.

Another style that’s trying to make a comeback, the mullet endured throughout the 1970s and 1980s. Luckily, the modern mullet is nothing like the mullet we all know and cringe at. Teen Vogue describes the “step mullet” as “steps on a staircase… [featuring] hair cut at different, well-defined tiers. Sometimes, it’s a bob and essentially a shorter bob as a substitute for bangs. And sometimes, it’s three tiers: bangs, short bob, long bob.” Got it?

First introduced in the 1920s, indoor tanning beds got really popular in the late 1970s. It was the perfect solution for those who wanted a tan without paying for a beach vacation. But according to the World Health Organization, sunbeds are as dangerous as smoking. Like the sun, they give out harmful UV rays that damage the DNA in your skin cells – which over time can lead to malignant melanoma, the deadliest form of skin cancer.

There’s one solution to uncooperative eyebrows – just remove them altogether and draw them on in pencil. It’s been a beauty trend that just won’t quit, from 1930s actresses Clara Bow and Marlene Dietrich to more modern stars like Christina Aguilera. It’s never a look that’s going to pass for natural, and these days the trend is definitely for a thicker, less perfect brow.

It sounds like a variety of breakfast cereal, but frosted tips was a popular men’s hairstyle in the 1990s. It was pretty simple – the hair was cut short and spikes were created with hair spray or gel. Lots of it. The tips were then bleached to make them look “frosted.”

Denim will always be on trend. Double denim, on the other hand, can be hit-or-miss. It’s probably best kept on the runway. When Britney Spears and Justin Timberlake took the look to a whole other level for the 2001 American Music Awards in Los Angeles, nobody really knew how to react.

Eyeshadow Up To The Brow

We love Cyndi Lauper – everything about her. But for the mere mortals among us, eyeshadow up to the brow is a bit scary, unless it’s Halloween. Every other night of the year, stick to colored eyeshadow that only goes up to the crease of your eye.

No 1990s makeup bag was complete without a shimmery, frosted lipstick. If it actually tasted like frosting, there might be a case to bring it back. But it just tastes like regular lipstick, and the only place it belongs in is the dress-up box.

Bangs come in all shapes and sizes, some of which are best forgotten. A prime example is fluffy bangs – bangs that were backcombed so high they nearly reached the ceiling and required industrial amounts of hairspray to keep them there. Luckily, this 1980s hair trend has shown no sign of making a comeback – yet.

Brassy blond streaks in dark hair were a common request in the late 1990s and early 2000s. Luckily, today’s highlights tend to be a bit more subtle and flattering. (Nobody answers “skunk” when asked what animal they want to be, do they?)

Bangs can look great with hair of any length, any texture, any level of curl. But wavy or curly hair and poker-straight bangs just look a bit amiss – even when it’s Katy Perry’s red carpet choice. It’s far better to stick to one or the other.

There are a lot of women of a certain age who spend a significant amount of time every day filling in their brows, in some cases because they spent years plucking them into the sparsest lines imaginable. Thankfully, this huge beauty trend from the 1990s and early 2000s is well and truly over.

Sweater Tied Around The Neck

Who can explain the sweater tied around the neck? Apparently, this trend came from a place of good intentions – people didn’t want to tie their sweaters around their waist because it stretched the arms of the sweater. That’s fair enough, but there’s no denying that the look is associated with snobby rich guys in 1980s movies.

There are still traces of it around, but here’s hoping the bright orange fake tan stays in the 2000s where it belongs. A little sunless tanner is always better than lying unprotected in the sun or using a tanning bed, but there’s a big difference between sun-kissed glow and Oompa Loompa.

From Cher in the 1970s to Rihanna in the 2000s, haircuts combining different lengths of hair have always stuck around – for some bizarre reason. Whether it’s long at the sides and back and short on the top or long at the front and short and spiky at the back, it’s just not flattering, whoever you are.

MC Hammer pants were acceptable in the 1980s when the rapper/dancer from Oakland, California topped the music charts all over the world. His attempt to bring them back (with a little help from South Korean singer Psy) at the 2012 American Music Awards didn’t work – and for that we are forever grateful.

The French manicure first took off in the late 1970s, when Orly founder Jeff Pink added white polish to the tip of the nails to create a more natural look. It was a defining beauty trend of the 2000s, but in many cases, it didn’t look as sophisticated (or natural) as it sounds. A little less white would have been good, for starters.

Fake tan is one thing. Put thick, sparkly bronzer on top (like a bunch of 2000s celebrities) and it definitely starts to resemble mud. A little bronzer can be a great makeup finisher, but the heavy-handed look is a definite no-no.

The point of contouring is to manipulate light in order to highlight facial features. But it only works if it’s given the time and attention it deserves. This isn’t a two-minute job.