The World’s Most Beautiful Royals 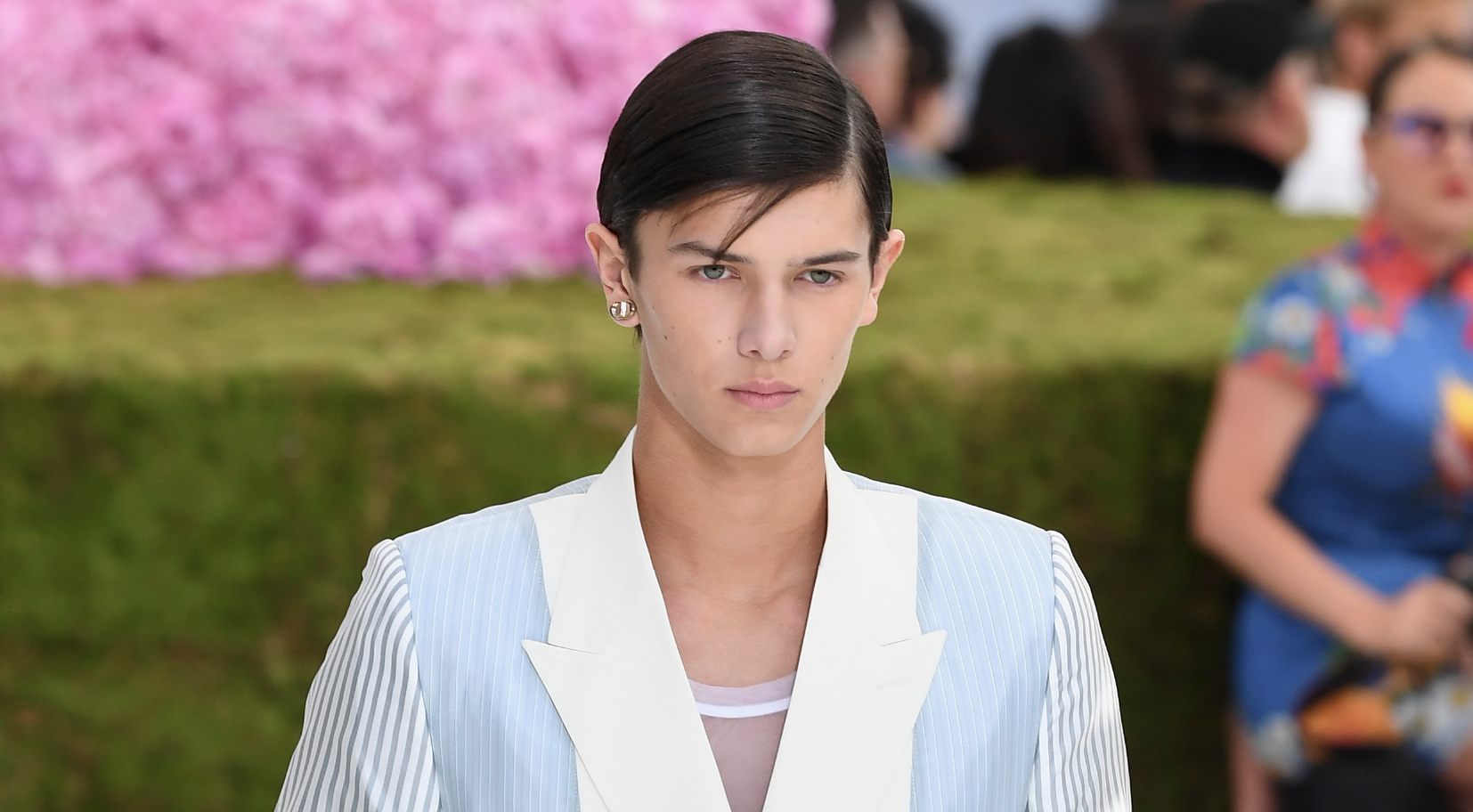 Although contemporary royals are often more figureheads than the autocratic rulers they were in the past, the world is still obsessed with knowing the details of their lives. And when a young prince or princess is also beautiful on top of being wildly famous, that makes them even more fascinating. From the new Duchess of Sussex to the reigning Queen of Jordan, here are some of the world’s most beautiful and interesting royals.

The newest member of the British royal family married Prince Harry in a spectacular wedding in May 2018. In her previous life, the American-born Duchess was an actress, best known for her role on the TV series “Suits.” Prior to meeting Harry in 2016, Markle was previously married for two years to producer Trevor Engelson.

Upon marrying Grace Kelly’s son, Prince Albert, in 2011, former South African Olympic swimmer Charlene Wittstock became HSH Princess of Monaco (HSH stands for “His/Her Serene Highness”). Although the French-speaking country is tiny in size with under 40,000 residents, it is a popular tourist destination. Charlene and Albert live in the country’s pink palace with their two children, twins Prince Jacques and Princess Gabriella.

The Swedish Prince Carl Philip was one of Europe’s most eligible bachelors until he married wife Sofia Hellqvist, a former model and TV show contestant, in 2015. While the British royal family doesn’t have personal Instagram accounts, the Swedes have no such rule. This frees Carl Philip and Sofia to share photos from their own account, including those of their son, Prince Alexander.

Princess Maria-Olympia of Greece and Denmark

Although the Greek monarchy no longer exists in any official capacity, the descendants of that family still use the titles. That’s why although Princess Maria-Olympia was born in New York City, she’s considered a Greek princess. Maria-Olympia works as a fashion model and was once rumored to have dated Prince Harry.

Someday, the former commoner Kate Middleton will likely become the U.K.’s Queen Consort when husband Prince Williams ascends to the throne. For now, she’s the Duchess of Cambridge, wife to Prince William and mother to three children (Prince George, Princess Charlotte and Prince Louis). She and William married in 2011 after meeting at St. Andrews University in Scotland.

As the youngest child of the current King and Queen of Sweden, Princess Madeleine was known as a “party princess” before she settled down and married British-American businessman Christopher O’Neill in 2013. The couple lives in the U.S. and has three children together: Leonore, Nicolas and Adrienne. (Interestingly, the couple’s children were given royal prince and princess titles, despite their father being a commoner.)

As the only child of Princess Caroline of Hanover (formerly of Monaco) and Prince Ernst of Hanover (a now-defunct German royal family), Princess Alexandra is the only grandchild of Grace Kelly with a royal title. She is said to be an accomplished competitive ice skater.

Upon inheriting his father’s title, Prince Guillaume will someday become the Grand Duke of Luxembourg, the small country’s head of state. He married a fellow aristocrat in 2012, Countess Stéphanie de Lannoy of Belgium. The couple revealed in 2016 that they’re not in a hurry to start a family.

Spain’s current queen was born into a middle-class Spanish family and had a career as a journalist before becoming royalty. She married King Felipe in 2004. It was her second wedding, following a brief marriage to a writer and teacher that ended after just a year. The couple has two children together, Princesses Leonor and Sofia.

Prince Philippos of Greece and Denmark

After Prince Harry married, Prince Philippos assumed his place as one of the world’s most eligible and unmarried princes. (Although, technically, the royal house of Greece was abolished, the family is still allowed to use the titles.) Born in London, the prince now lives in New York and works in finance.

Princess Ameerah Al-Taweel has shown the world what influence a modern-day princess can wield. Born into a middle-class family, she married the much older Prince Al-Waleed bin Talal at a young age and divorced him in 2013. Since then, she has used her celebrity to advocate for humanitarian and women’s rights causes in her country and abroad. She is also considered a fashion icon.

Since 1993, Queen Rania has been by the side of her husband, King Abdullah of Jordan. The couple originally met at a dinner party in 1992 and had a whirlwind romance, leading to their engagement six months later. They are parents to four children: Crown Prince Hussein, Princess Iman, Princess Salma and Prince Hashem.

A pub in Sydney, Australia, is where Australian-born advertising executive Mary Donaldson first met her future husband, Crown Prince Frederik of Denmark, during the 2000 Olympic games. The couple married in 2004. They have four children, Princes Christian and Vincent and Princesses Isabella and Josephine.

Although she has four brothers, Princess Alexandra is the only daughter of the reigning Grand Duke and Duchess of Luxembourg. She is now fifth in the line of succession after the law favoring sons over daughters was revised in 2011. In 2017, she filled in for her mother and accompanied her father on an official visit to Japan.

Denmark’s Nikolai is one of the few male royals who can claim to be both a prince and a professional male model. He has walked the runways at London Fashion Week, modeling for brands like Burberry. He also reportedly loves house music and is single.

Like many royals, Princess Haya bint Al Hussein is a horse lover and an accomplished rider. In 2014, the royal-born Jordanian princess married fellow horse enthusiast Sheikh Mohammed bin Rashid Al Maktoum, a member of one of the ruling families of the United Arab Emirates. The couple has two children.

American-born Keisha met Prince Kunle Omilana of Nigeria by chance on a New York City street. In fact, she did not even know that her future husband was a prince until he proposed to her years later. The couple now has one daughter and son, Princess Diora and Prince Diran.

As the second in line to the British throne after his father Prince Charles, Prince William has been in the spotlight from a young age. Upon marrying his college sweetheart Kate Middleton in 2011, the prince was named the Duke of Cambridge. He and Kate have three children together.

Like other young royals, Crown Prince Hamdan enjoys using social media. To date, he has over 6 million followers on Instagram, where he goes by the nickname “Fazza.” The unmarried young royal’s other hobbies reportedly include traveling, riding horses and writing poetry.

Like his brother Prince William, Prince Harry has grown up with the world watching and once had a reputation for being a playboy. Now that he’s in his mid-30s and married to Meghan, the Duchess of Sussex, however, the prince seems to be settling into a more low-key life as a royal. Perhaps fatherhood will be next?

Suited and booted for day 2

As one of the sons of the billionaire Sultan of Brunei, Prince Mateen’s life, as documented on his Instagram account, looks incredible. However, those who know him have described the prince as a down-to-earth person. The prince is currently single.

Her Majesty The Gyaltsuen Addresses an Ozone Day celebration in September 2012. 🌱 Her Majesty is the UNEP Ozone Ambassador, and also the Royal Patron for the Royal Society for Protection of Nature. Her Majesty has also worked closely with agencies like the National Environment Commission, and for arious environmental causes. #bhutan #queenjetsun #jetsunpema #enironment #ozone

Becoming a queen when you’re 21 years old couldn’t have been easy, but Jetsun Pema has handled becoming a royal of the South Asian country of Bhutan with grace. The commoner married King Jigme Khesar Namgyel Wangchuck in 2011 and gave birth to the couple’s son in 2016. She is currently the youngest living queen in the world.

If his over 1.5 million Instagram followers in any indication, Prince Hussein is certainly a popular royal. He seems to have caught the world’s attention when he hosted Prince William during the British royal’s 2018 trip to the Middle East. Currently unmarried, the prince is in line to someday become the future king of Jordan.

In 2017, Japan’s Princess Mako was faced with a hard decision: give up the man she loves or lose her title and role as a member of the country’s royal family. The young princess decided to choose the latter and became engaged to commoner Kei Komuro. The couple met while in college and plan to wed in 2020.

Like other members of the Greek royal family, Prince Constantine Alexios is only a prince in name. However, his family is still well-known in royal circles, and the prince can claim Prince William as his godfather. Alexios is reportedly single and is attending Georgetown University.

Who’s the most crushable royal of them all?