Things We Didn’t Know About Life In A Submarine 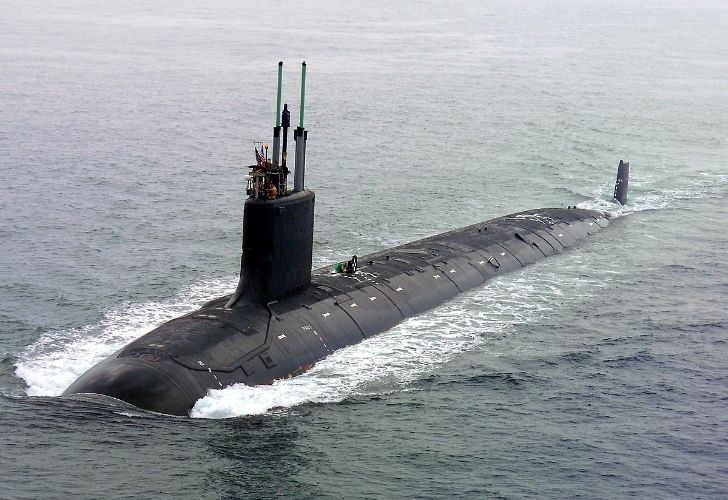 Everyone knows what submarines are and have at least a basic understanding of how they work. However, not a lot of people know what it’s exactly like living in a submarine. While it’d be hard to exactly paint a full picture of the experience, here are at least a few aspects of what the submarine life is like.

Keep in mind that becoming a submariner is not easy. There’s a ton of training that goes into it. The first few months of it are spent studying non-stop and marching back and forth. It’s essentially cramming four to six years of college-level information into a six-month period.

Before 2014, the submarine force had 18-hour days wherein sailors would watch for six hours and had 12 hours off for other duties and sleeping. This was eventually changed to eight and 16 hours respectively. The effect was noted to be immediately positive, with morale and performance having improved considerably.

Never Steal On A Submarine

Stealing is always frowned upon (and illegal), but it’s even worse when you steal on a submarine. Stealing on a submarine will get you kicked off at the next port. This can also lead to demotions. Submarine crews are all on the same side and in an enclosed space. You’ll get found out eventually and lose the trust of your companions.

Submarines are cramped and small. So, there’s not enough room for bunks for each person in crew. This leads to two or three people sharing the same bunk with each other. They just work in shifts so that they’re not all sleeping at the same time. The term for it is “hot racking”.

People that live and work on a submarine often develop a strange talent. That being that they can fall asleep at any time in any place. They can even be in the middle of a conversation and just pass out. But if you call for them at a lower tone, they’ll instantly wake back up.

There’s already not enough bunk space for everyone, so sometimes the sailors really have to make do. And Sometimes, temporary bunks are placed in the torpedo room. While they’re unlikely to go off while asleep, it’s still an unsettling location to need to sleep in.

Sleeping Next To Nukes

Sleeping on a submarine can get quickly concerning. Because you’ll realize you’re constantly resting next to dangerous weapons. Torpedoes, missiles, and even nuclear warheads. Some submarines have nuclear reactors as well, making the experience all the more dangerous.

It can be very easy to lose track of time while working on a submarine. This shouldn’t be too surprising, as there’s never any sunlight entering the sub. This is because it operates primarily underwater. And the reliance on radar also means there are few, if any, windows. You will have access to a clock, but it’s the only way to really know how much time is going by.

Submarines keep their oxygen levels at an absolute minimum. They don’t want to worry about pressure or explosions, but the lack of oxygen does have some negative side effects. One such being a decreased ability to recover when injured. Lower oxygen levels also will lower your energy and contribute to mood swings. So being on one probably isn’t a particularly positive experience.

Although you may think things are constantly tense, once you get used to certain experiences, life on a submarine is rather mundane. Crews follow the same schedule every day. But if things were more exciting, that would mean that something went wrong.

Hearing From Your Loved Ones

Considering the amount of time you spend underwater, cut off from civilization, it should come as no surprise that you won’t get to communicate with your family members for some time. The submarine emits a signal that shows its location when it surfaces, and that’s not something you’d want to have happen while on a dangerous mission.

Most military branches are adamant about having clean-cut soldiers. Although, submarine crew’s rules on personal grooming are a little more lax. At the bear minimum they don’t have to shave everyday. And considering they’re stuck in a metal tube for months at a time, it’s not too surprising they get some leeway.

When you’re submerged on a submarine you’re going to spend a lot of time looking for leaks in the hull. If a normal boat has a hole in the hull, it’ll just start to slowly sink. On a submarine though, submerged underwater, small leaks can become big problems in a matter of moments due to the increased pressure. So finding and fixing them as quickly as possible would save the crew’s life.

Considering the size and shape of a submarine, it’s probably obvious that the hallways are cramped. They’re so narrow that only one person can walk through at a time. So you probably won’t be able to pass by a crew mate if you’re trying to goin the opposite direction.

Remember how cramped the hallways are? Well, the showers are pretty cramped too. They’re not only out in the open like other military bathing centers, but the area they’re in is incredibly small. Despite being surrounded by it, the usable water for showers is also pretty limited.

The kitchen on a submarine is called a galley. And in comparison to everything else on the sub, the galley’s actually a lot bigger than you’d expect. They’re still small though. It is where the food is prepared after all, and you’re going to need some extra space for that.

Submarines need to stay submerged for months, so resupplying isn’t an option a lot of the time when they need more food. Fresh food also only lasts a couple of weeks. The chefs onboard are capable of using some dried foods to great effect though. They can even make dishes as complicated as lasagna. They also use as many tricks to increase the shelf life of certain foods. Fortunately, because of the colder temperature underwater, foods last longer on average.

Command launch is where the submarine is intended to store their weapons, such as the earlier mentioned missiles. The command launch not only stores their weaponry, but is also where the officers and other crew members work. The limited space actually allows for specific design features to make it easier to work in.

Sailors have many superstitions and ceremonies and submariners are no different. One ceremony they have is the “Line-Crossing Ceremony”. The ceremony is when they cross over the Equator. Those who have done it before are called “shellbacks”. Any one being initiated are called “pollywogs”, or “wogs” for short.

On a submarine, there is normally only one washing machine and one dryer. And they’re not exactly that large, so they can only handle so much laundry at once. Although, they’re not much different from the ones you have at home. They’re just shared between 100 different people.

Submariners have a uniform, like other members of the navy, but theirs are a bit different. The overalls they wear are made of lint-free polyester. This is to avoid any lint potentially clogging the air filtration system onboard. The uniform also has a funny nickname; the poopie suit.

Getting Rid Of Trash

Even within the cramped quarters of a submarine, there are still 100 people on one. And that means that there’s a lot of trash produced by all those people. Since it can’t exactly just be tossed out, some trash is simply sorted until it can be unloaded and recycle onshore. What can’t be recycled is sealed in a special steel can and dumped into the ocean.

And, as all ships do, a submarine has a medical practitioner. Although they’re referred to as such onboard, they’re not technically doctors. Although they do undergo a rigorous, medical training process. They make sure the crew stays healthy, treating both major and minor injuries. They can often even perform surgeries if necessary.

Most of the time, moving below the waves, it’s pretty calm and motionless to be traveling in a sub. But sometimes it needs to make a few hard turns. They’re called “angles and dangles”. Normally these are just tests done to see how the crew deals with extreme ceremonies. Dealing with this normally just involves grabbing onto what you can and making sure the equipment is properly secured.

Do All The Drills

There are all kinds of drills when working on a submarine. The most important of them are fire, flooding, and reactor drills. And there are also different drills for various battle scenarios. Even when docking at port, the crew will need to carry out drills. One important drill is a “hot run”. The scenario for that one is that a torpedo accidentally went off in the submarine.