The Rules Kate Middleton Follows In The British Royal Family 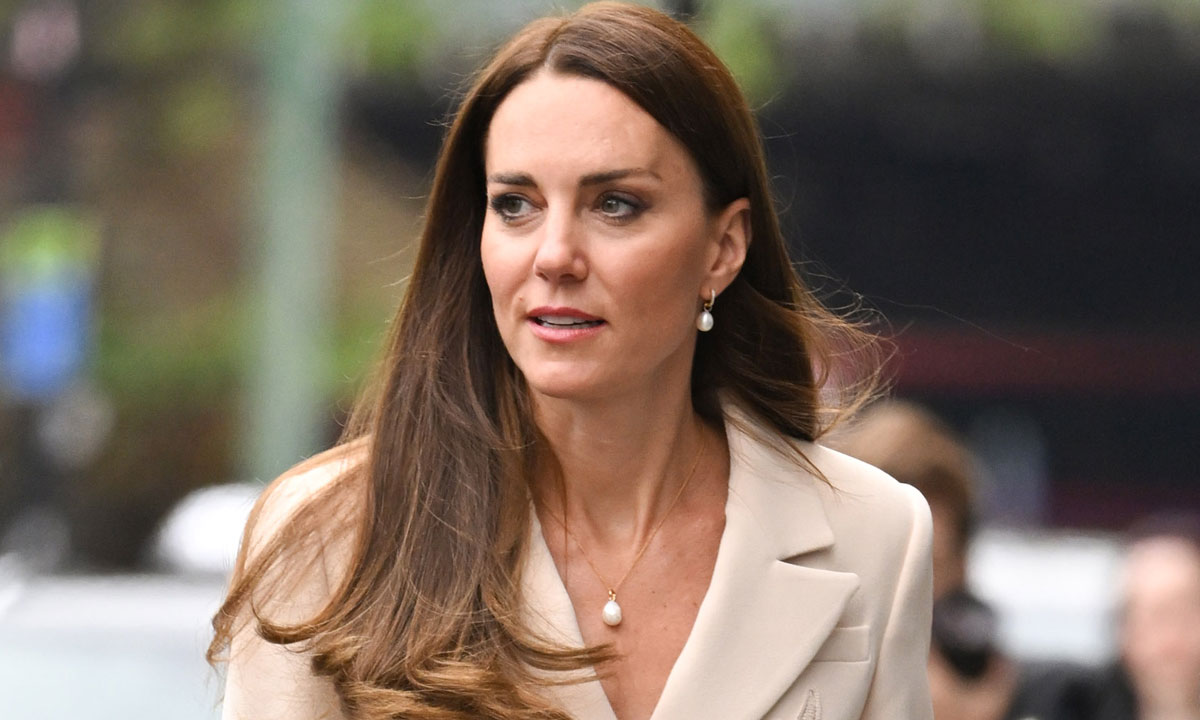 Contrary to popular belief, the life of royalty is not easy. Since marrying Prince William, Kate Middleton has had to make a lot of adjustments to her daily routine and lifestyle. There are quite a few rules to follow, so let’s lay out a few of them here. The rules that the Princess must follow aren’t all seen as particularly fair. A few of them have an understandable amount of controversy associated with them. But it’s important to keep in mind that it’s the Queen that makes these rules. And what the Queen says goes. And over the decades, some of these rules haven’t changed in the slightest.

Upon joining the Royal Family, Kate Middleton not only became the Duchess of Cambridge, but a worldwide celebrity. However, under the rules of the crown, she can only sign official documents authorized by Queen Elizabeth II. The reason comes from a fear that, if her signature got into someone else’s hands, they could falsify documents. As such, only photos and handshakes are permitted when addressing fans.

Members of the Royal Family also aren’t allowed to profit from their work. Kate, herself, is actually an avid photographer and has released several professional photos that she’s taken over the years. However, she hasn’t been permitted to license them for profit. As such, they’ve all been released to the public through the Palace and she can’t personally make money from them.

Stop When The Queen Stops

This rule actually applies to anyone eating with the Queen. At dinner, as soon as the Queen is done eating, everyone has to put down their utensils and stop eating themselves. That could be pretty annoying if you were really enjoying your meal.

Even though she married into the family, Kate is still expected to pick up on the Queen’s signals. There’s the obvious rule of everyone finishing their meals at the same time as the Queen, but she also has a signal for when dinner’s going to end. She just puts a bag on the table, meaning that she wants the meal to end in five minutes. There’s another code for when she’s done talking with someone, in which case she changes her bag from one arm to the other.

No Mussels Or Oysters

Kate’s also not allowed to eat mussels or oysters. It exists because of the health concerns these food pose if they aren’t stored correctly. It’s just an issue the Royals aren’t willing to risk. Hopefully she already didn’t like oysters anyway.

Some people might have trouble deciding what color to paint their nails. Well, Kate Middleton certainly doesn’t. Members of the Royal Family, should they paint their nails, have a required color palette. They must either use Soft Pink 28 Rose Lounge (Bourjois) and Nude 423 Allure (Essie). Protocol dictates that Royals should always have natural tones for their nails at official events. Queen Elizabeth has even worn the same enamel since 1989.

Before marrying Prince William, Kate wore clothes like leather boots and other vibrant patterns. However, you won’t see her in a lot of those clothes in the present. She can still technically wear leather, as long as it didn’t come from an actual animal. The rule is in place not just for ethical reasons, but to also ensure that their wardrobes aren’t too luxurious.

Kate wore more daring clothes and had an overall more flamboyant style in her younger years. But her more elegant wardrobe in the present noticeably shows a lot less skin. She’s required to dress modestly. It’s rare to see her go out without pants and solid colored clothes.

Members of the Royal Family are also told to avoid wearing black during the daytime. Kate’s only allowed to wear black for mourning and occasionally for nighttime events. In anticipation of a funeral, members of the Royal Family may also go to another country with a set of black clothing. This last stipulation was made after the death of George the VI, father of the current queen. When he died, Queen Elizabeth was on a trip through Africa. When she arrived back in England, she had no black clothes to wear when she got off the plane.

She Must Frequently Go To The Beauty Salon

The Duchess of Cambridge always looks gorgeous whenever she’s photographed. That’s because she goes to the beauty salon three times a week. It’s not a requirement of the Royal Family for her to go there so frequently, but they are required to always look elegant and regal when appearing in public. And given how often that happens, they always have to look their best.

Did you know that members of the Royal Family aren’t allowed to vote. They can’t submit an application to parliament either. The Royal Family is required to remain neutral in matters of politics to prevent any damage to the family’s reputation. It also prevents the family from potentially influencing public elections. There’s no actual law that prevents royalty from voting though. This is just a rule amongst the Royal Family.

Not only can Kate not vote, but she can’t speak publicly about politics either. As mentioned before, she’s required to remain neutral on the subject. And, of course, holding a political office is a big no-no as well.

This seems like an unusual rule, but the Royal Family is prohibited from playing Monopoly. In 2008 the Duke of York called it a “vicious” pastime and told the Queen’s subordinates to refrain from participating in it. It sounds bizarre on paper, but this probably isn’t the only household where the board game’s banned.

The Royal Family Can’t Travel On The Same Vehicle

In the event of a Royal Family vacation, for traveling the members of the family cannot travel on the same plane, ship, or train. The reason’s pretty simple, as it’s just to prevent the potential loss of multiple British heirs in one accident.

She Can Only Be Protestant Anglican

The monarch of Great Britain is also the head of the Protestant Anglican Church. As such, every member of the Royal Family needs to be Protestant Anglican. And that includes Kate Middleton. It would be pretty awkward for someone in the Royal Family to practice a different religion. She went through a religious confirmation ceremony in 2011 at the Anglican Church as part of her preparation for marrying Prince William.

No Crying In Public

It can be hard to control your emotions, but Kate has no choice in the matter. She’s required to always remain calm and courteous and never cry in public. Even when participating in her humanitarian efforts or tributes, she always has the same calm expression. You won’t even catch a tear running down her cheek at a wedding or funeral.

You may have noticed how flawless Kate appears in so many of her photos. They rarely ever seem spontaneous or candid in the Royal Family. They actually have a photograph protocol, requiring royal women to keep their jaws parallel to the ground. They need to learn this in an etiquette class because it’s not an intuitive facial reaction at all.

This rule’s more on the archaic side. It may not seem like a big deal, but it’s still strange that it still exists. When walking with her husband, Kate needs to walk two steps behind him in official public appointments. Why it still exists isn’t clear, but it likely has something to do with “tradition”.

The Royal Family is completely forbidden from having their own private social media accounts. It’s generally in place to prevent data from being released to the public. But it also helps keep the Royal Family members from potentially making posts that could ruin their reputation as well. There are official accounts for the crown, but they’re managed by media professionals.

During pregnancy, the Royal Family normally won’t reveal the gender of the child before they’re born, even if they already know. Everything is just kept incredibly confidential. This is how betting pools guessing what gender Kate’s children might be happened.

PDA can get weird or uncomfortable for some people, but only really in excess. Yet, the Royal Family aren’t allowed to have any displays like this at all. The chances of a photographer being able to record a moment of intimacy between Kate and William are close to zero. The couple can’t even be shown holding hands in public.

People that marry into the Royal Family gain a new title. In Kate Middleton’s case, she became the Duchess of Cambridge. However, in the presence of other royals, they are not to be referred to by diminutives or nicknames. That means other royals will not be calling her Kate. Her full royal name is Catherine Elizabeth Middleton.

The Bouquet Must Be Myrtle

It doesn’t matter what kind of flowers Kate likes, the bouquet at her wedding was already picked out for her. It was a branch of myrtle, which is a symbol of good luck and happiness in marriage. The tradition began with Queen Victoria, who received a myrtle as a gift from the groom’s grandmother. And now the myrtle is taken from a tree growing in the royal garden.

Have you ever heard of the Royal Wedding Act of 1722? According to it, the Royal Family needed to give their approval of Kate before William was allowed to marry her. All descendants of the British Royal Family are required to adhere to this rule. It’s just very fortunate how not being accepted by the family is not a common occurrence.