The Most Valuable Collectors’ Items In The World 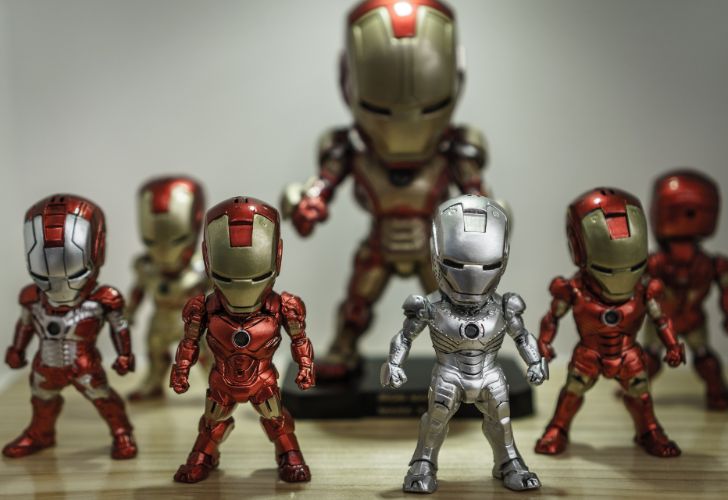 It could be because they were only available in limited amounts to begin with. Sometimes it’s because they simply were discontinued. And other times, it was recalled because it was dangerous. Regardless of the reason, there are some items that are rarer than others. And collectors will pay through the nose to get their hands on them. Here are some of the most expensive collectors’ items there are.

The Inverted Jenny Stamp was a 24 cent stand released by the USPS in 1918. It has an image of a Curtiss JN-4 Airplane on it, also known as a “Jenny”. However there was a pane of these stamps that had a misprint. That being that the plane was printed upside down. Those stamps are so incredibly rare they can end up going for a lot. In 2018, one of them went for $1.593 million.

Of course, if you try to pay using a 1984-S Barber Coin at a store, it’ll only count for ten cents of your purchase. So sell it to a collector instead. It’s currently one of the highest-prized collectors’ coins in the world. Only 24 of these coins were ever minted. And of that 24, only nine have survived. Not to mention, out of those nine, seven are heavily worn. Even so, you can still sell these coins for a pretty penny. The latest one sold was for $1.99 million.

The Les Paul guitar was the first guitar to follow the classic Gibson formula. That being a mahogany body with a maple cap, burst finish, PAF Humbuckers, and tune-o-matic tailpiece. This 1959 classic was played on by a few different famous musicians, such as Jimmy Page. Collectors would love to get their hands on this iconic guitar, priced at around $2 million.

The Black Luster Soldier is one of the most famous cards in the Yu-Gi-Oh! franchise, being one of Yugi Moto’s most iconic monsters back in the original series. However, this card is a one-of-a-kind. It was awarded as a prize at the first Yu-Gi-Oh! tournament in 1999, printed in stainless steel. While considered priceless, the going rate for the card right now is $2 million.

Ding ware are Chinese porcelain bowls made in Dingzhou, a city in the province of Hebei. They were produced during the Tang and Yuan Dynasties and are also known as Ting ware or Dinyao. They were made of thin porcelain with white glaze and acted as status symbols for the upper-class merchants and scholars. Having been made between 1100-1200 CE, they’ve become important parts of Imperial Chinese history. And when being sold at auctions, they can go for $2.2 million a bowl.

Mark McGwire was referred to as “one of the most fearsome power hitters in baseball in the 1990s”. He set a record with 70 home runs in one season in 1998. And this baseball was the one that he had hit. It even got him into the Baseball Hall of Fame. Todd McFarlane actually bought the ball for $3 million a year later at an auction. That set a new record, making this the most expensive baseball in history. It’s just a shame that McFarlane spent his entire life savings on the ball.

The Wizard of Oz because a huge sensation when it was released in 1939. It made tons of money at the box office and people were clamoring to get their hands on some memorabilia. This included costumes from the film. And the most expensive one of these has been the Cowardly Lion’s suit, worn by Bert Lehr. It was actually made from real lion fur and skin. In 2014 it was sold for $3 million at an auction in New York City.

This might be one of the biggest markups in history. A comic book issue that went from costing ten cents to $3.2 million. But that might not be too surprising when the comic itself is the first to feature Superman on it. The comic was first published in 1938, but people don’t collect these old books for reading.

Autographed sports memorabilia can go for a ton of money. And this signed rookie card featuring Luka Doncic is no exception. It’s a rookie card that features him as the Dallas Mavericks point guard. This card was last sold for $4.6 million.

There are same-name versions of this doll out there, but they aren’t the original. The original creator of this doll, Madame Alexander, only made five of these Eloise dolls. And with such a small supply they’re worth a ton of money. Not to mention, it’s wearing nine carats worth of diamonds, Oscar de la Renta fur, Katherine Baymann accessories, Christian Dior clothes, and Dwarovski crystals. It’s a truly decked out doll, so it’s no surprise it’s worth $5 million.

Mickey Mantle is one of the most famous baseball players of all time. So his original baseball cards, made by Topps, unsurprisingly go for a lot of money. In 2021, a mint condition card was sold for $5.22 million, breaking the record previously held by Mike Trout’s baseball card.

Robby the Robot is one of the most iconic characters in science fiction film history. He was created for the 1956 film Forbidden Planet and has made a few more appearances in other films and television series. The original prop was made for $125,000, but the price has since ballooned. When it was last auctioned off it went for $5.375 million.

It’s actually a bit surprising how much more expensive baseball memorabilia is in comparison to other sports. But why this one is so expensive isn’t surprising at all. After all, it’s Babe Ruth’s jersey from 1928. In 2019, the jersey was sold for $5.64 million.

The funny thing about the L’Oiseleur doll is that its price probably hasn’t changed that much. It was originally sold for millions of dollars and it will still be sold for millions of dollars. It’s actually the most expensive doll in the world. It’s made from 2,340 polished steel and gilt parts, consisting of spring-driven gears and cogs. It’s also four-feet tall and comes with a real sword, a pair of singing birds, a flute, and an embroidered outfit.  When you wind it up using a golden key the doll can actually play “Marche de Rois” with its flute. Probably why it’s worth $6.25 million.

Perhaps one of the most well-known and expensive baseball cards. While the reason as to why the card was pulled is disputed, it’s known that only around 50 of these cards were ever made. Their small number made them more collectible. A mint condition one can be sold for millions. In 2021, one was actually sold for $6.6 million, making a new record for baseball card sales.

When this stamp was first made for British Guiana, it was only one cent. Well, that’s not true anymore. That would be because this is only stamp of its kind known to exist today. It’s been sold time and time again, for gradually increasing prices. Stamp collectors are willing to shelve out millions of dollars to get their hands on it. The most latest re-sell was for $9.5 million.

A tintype photo is made by creative a positive on a sheet of metal that has been coated with dark enamel. Essentially, it’s making a photo out of metal. And those have become worth a lot of money in the present day. One example of a particularly costly tintype is of Billy the Kid. It was the first picture of the outlaw ever taken, and one of the few that were actually allowed. Currently, it’s worth around $10 million.

It always seems as though the older the coin, the more its value has since ballooned. Although, this one in particular is believed to be the first silver dollar ever made by the US mint. Some of its features are completely unique. It’s funny how it went from being worth one dollar to ten million times its original worth.

Birds Of America By James Audubon

Birds of America is a collection of hand-painted prints made by James Audubon. It contains 435 different watercolor birds. There are also only four copies in the world. When one of the volumes was auctioned off in 2018, it was sold for $10.27 million.

There’s an idea that license plates are given out numerically, with the numbers going up one at a time as new ones are printed. Well, that may not be true, yet there’s license plate out there with the number “1” as its only feature. That being one in Abu Dhabi. A man attempted to purchase this item at auction for $14.3 million, but the check bounced and he was arrested for fraud.

This is perhaps the most complicated wristwatch ever made. Only seven Grandmaster Chime watches have ever been made, with only six being on the market. The development, assembly, and production of just one of these watches is over 100,000 hours. So, it’s no wonder it’s so expensive. As a matter of fact, the last one sold went for $31.19 million.

You probably didn’t know that there were Persian rugs so rare. And they were already pretty expensive. This one in question was hand-knotted and made in the 17th Century. It was sold for $33.76 million at a Sotheby auction.

George Stubbs was an oil painter, known for making many paintings of hunting of equestrianism. Although there’s less interest in creating art like this nowadays, it’s still worth a lot of money. One of these paintings went for $36 million at an auction.

If it has the word “Ferrari” in the title, you probably expect it to be worth a lot of money. The 250 GTO model specifically was worth $18,000 when it was first released in 1963. But now, if you want to get it at an auction, you better be ready to cough up the big bucks. This car can be sold for around $70 million.

These are a series of old photo negatives taken by Ansel Adams. Adams was a landscape photographer, known for his black-and-white pictures of the American West. They were found at a yard sale but have since started trading hands. While the first person to pay got them for $45, they’ve since been resold for as much as $200 million.