The Hottest Meteorologists On TV - The Delite Skip to content

The Hottest Meteorologists On TV 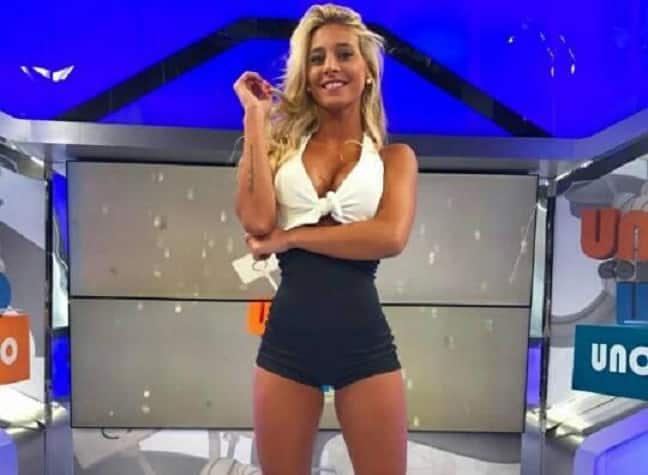 Meteorology is the study of weather. A lot of the anchors and newscasters that cover weather are considered meteorologists. And a lot of them have pretty good looks as well. There’s a reason they appear on television after all. Here are some of the hottest meteorologists that have been on television.

Bree Walker isn’t just some pretty face when it comes to reporting on ABC7 Eyewitness News. She actually has a Bachelor’s degree in Marine and Atmospheric Science and a master’s of Environmental Science and Management. While she may have been at her peak a little while back, she’s still a well-known and well-respected weather forecaster.

Jackie Guerrido is a Puerto Rican newscaster on Primer Impacto on Univision. Initially, Guerrido was a traffic reporter and newscaster, but her popularity eventually led to her becoming the channel’s weather forecaster. She’s still remained popular over the years, amassing a global fanbase and having many followers on social media. She’s even become somewhat of an Instagram influencer.

Mayte Carranco’s a Mexican woman that’s both a weather girl and a model. She operates primarily on Cuéntamelo Ya. As a model, she actually won Miss Televisa Monterrey. She’s since become a very popular Instagram influencer, with some of her fans not even knowing about her day job as a meteorologist.

Canadians are well aware of who Patricia Jaggernauth is. And even if you’re not Canadian, she’s an Emmy Award-winning television host and newscaster, so you still might know anyway. She has a degree in Journalism from Seneca College at York University and has worked on shows such as CP24 and CP24 Breakfast, CTV, and Your Morning. Jaggernauth’s also launched her own fashion label, PJ GlamGirl.

Llarisa Abreu’s so good at her job she’s won an Emmy. The morning team for CBS 3 Philadelphia managed to get her right after she got her degree in Broadcasting. Later, she made it to the Accuweather Network. People loved watching Llarisa talk about the weather. And she loves it when the weather’s clear, herself.

Liberté Chan’s had an impressive career since graduating from college. Using her degree in Journalism and Meteorology, she quickly found her way to the professional scene. Since 2012, she’s been working for KTLA 5 as their weather girl. She’s also received a degree in Public Health and has trained as a professional yogi. She overall leads a rather healthy and peaceful life.

Robin Meade is a rather talented entertainer. She was the former Miss Ohio and starred on her own show, Morning Express with Robin Meade. But her work as a weather reporter is what allowed her to create an impressive image for herself. She even used her platform to kickstart her music career. She’s already released two country music albums.

Janice Villagran is a Mexican-American, splitting her time between the two countries. She’s made a name for herself in both as well, and has a Communications degree. She’s pretty well-known for her work on channels like I Testigo TV and the Estrall TV network. She’s left the forecasting world behind since then, though, focusing more on TV hosting roles instead. Regardless, she’s still known as one of the most beautiful weather anchors that’s ever been in Latin America.

Dylan Dreyer’s far from just a pretty face. She’s considered one of the most talented meteorologists that’s ever been on the air. She got her Meteorology degree from Rutgers University in 2003 and soon got picked up by a regional station. She’s worked on NBC News, Weekend Today, and MSNBC. Not just that, but she also released her first children’s book in 2021, about a stormy character named Misty.

Before appearing on Telemundo Las Vegas, Leticia Castro was a pageant girl. She first competed as Miss Teen All American, as well as Miss Mexico USA, Miss Nevada USA, and many other pageants. She regularly walked away with the crown. Her beauty is what eventually helped her gain attention and notoriety for her reporter role.

Evelyn Taft is the evening meteorologist for both CBSLA and KCAL9. She’s got her hands full, but has the experience necessary to predict the weather in LA. She’s got a Broadcast Journalism and Political Science degree from USC, as well as a Certificate in Meteorology from Mississippi State University. She’s proven herself to be pretty adept at newscasting in general.

Marilu Kaufman has gained immense popularity as the weather girl on Telediario Guadalajara and Milenio Noticias. She’s also now a favorite on social media. Her followers just keep up with her daily routine and hobbies. In addition, they watch her spend time with her kids, show off her health and fitness routine, and attend sports games. She also poses with new outfits to show how fashionable she is.

Chita Craft’s the resident meteorologist on KHOU 11 News‘, during its 4:30 to 7:00 am slot. And with her Bachelor’s Degree in Science, you know she knows what she’s talking about. On her off days, when not just spending time with her family, she likes to support the local football, the Houston Texans.

Lisette Gonzalez, the weather girl from Miami, has remained a prominent reporter on CBS4 News. She managed to land the job in 2007 after getting an honors degree from Mississippi State University.  She’s also got a great work/life balance thanks to her hours. She just loves to spend time with her husband and daughters when she’s got free time.

The first Eastern European woman on this list, Indra Petersons is a Latvian meteorologist that’s been on Today, Good Morning America, and CNN. She has a degree in Atmospheric Physics and is even a member of the American Meteorological Society. In her off-time, Petersons travels the world with her children. She also constantly raises money for the Kids First Fund and serves on the fund’s board of directors.

Sabrina Fein knew she wanted to be a weather reporter at an early age. Motivated by the experience of Hurricane Andrew, she earned a degree in Meteorology from the University of Miami. Since then, she’s managed to work her way up and is the resident meteorologist on WMAR-2 News. She’s also since earned a Certificate in Social Media from the University of Florida, to help with her social media presence.

Born and raised in Florida, Sheena Parveen even got her Bachelor’s Degree in Meteorology in Florida. She’s since traveled the country working at different news stations, including WCTC in Tallahassee, Fox13 in Tampa, NBC10 in Philadelphia, NBC4 in Washington, D.C., and is now on NBC 7 News Today in San Diego. At the latter she’s the regular morning newscaster.

Megan Glaros has been on a variety of news shows, including CBS New York, Chicago, and This Morning, The Talk, and Good Morning America. She’s got a degree in Atmospheric Sciences and Journalism and has even won three Emmies. She unfortunately lost her job with CBS in 2020, but she hasn’t stopped pursuing her goals. She now has a pretty active Instagram account, posting images with her children as they play outside and go to gymnastic classes.

Moving from the Philippines to Hawaii at just nine years old, Maria Quiban grew up around constantly shifting weather. And that’s what inspired her to get her degrees in Meteorology and Journalism. She moved to Los Angeles while looking for a job and now works for KTTV. On her off hours, she plays the ukelele, writing songs about her grief. Her husband passed away in 2015.

Raegan Medgie’s been a fan favorite on Fox 5 News. She has a Broadcast Journalism degree and has been with the station for over four years. She also studied at Penn State University in order to get a Weather Forecasting Certificate. Even as she was studying, she was still getting out there and telling us all about the weather.

Elita Loresca had been dreaming about working on television since she moved from the Philippines to the US as a child. After getting a Certificate of Broadcast Meteorology from Mississippi State University, she landed a few gigs in LA and Miami before moving to Houston. She currently works as the meteorologist for KTRK-TV. And her fans absolutely adore her.

Ximena Cordoba is a Colombian native that used her bilingualism to gain a huge following in the United States. She’s been the host and weather anchor of Despierta America on Univision for around ten years now. Nowadays, she’s more well-known as a TV host, reality star, model, and actress. But those who know about them will always remember her weather girl days. And they won’t be that hard to find out about. She’s got 1.9 million followers on Instagram after all.

Jill Nicolini first rose to fame as a model, actress, and reality show contestant. But she’s since transitioned to meteorology, working with PIX11 Morning News, WPIX, WNYW, and other news shows. When she’s not at work, she’s also been working to be a great mom, raising two sons.

Sonya Hill actually didn’t study the news in college, instead studying Psychology. She went to Texas A&M, but eventually got a job at KZTV Action 10 News. She’s also a pretty prominent social media influencer, with over 11,000 followers on Instagram. These people love to watch her travel the world when she’s not on the clock.

You’re probably not that familiar with Romanian television. But you still might be familiar with Magda Palimariu. She’s known as one of the most beautiful women in the meteorology world. She’s based in Bucharest and works for PROTV SA. Her fashion sense has also helped her gather many followers on Instagram, over 120,000 in fact. She’s often showing off her outfits in glamorous photoshoots.