Stores That Are Closing Locations Across The Country 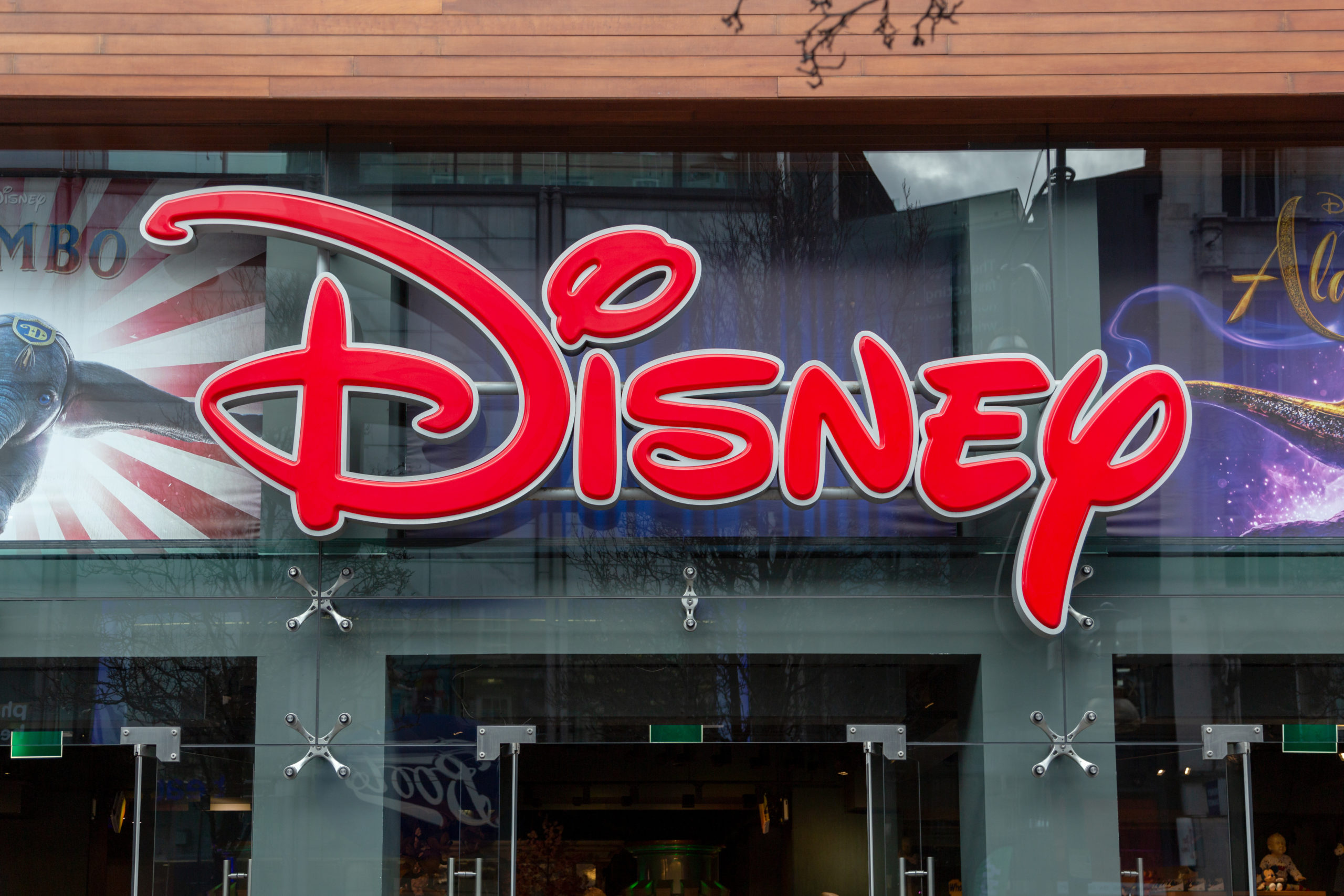 As brick-and-mortar retailers struggle to compete against the pandemic and the fact that people are increasingly shopping online, many are forced to close some or all of their stores. And it’s not just small mom and pop shops that are being affected — but large national chains.

Here we take a look at the brands that have already shuttered or are planning to close stores in 2021. The shift in consumer habits and the pandemic have impacted nearly every category from electronics to clothing and home goods and restaurants.

Macy’s is the latest department store chain to announce a slew of upcoming closures over the next several years. In January, the company confirmed its plans to permanently close 45 stores throughout 2021. According to CNBC, the closures are part of Macy’s larger plan to shut 125 locations by 2023, narrowing its presence to top-tier malls.

After announcing the closing of 200 stores last year, Bed Bath & Beyond is set to shutter more brick-and-mortar locations in 2021. Per USA Today, another 43 stores will be permanently shut down by the end of February. The closures will take place across 19 states, including nine locations in California.

Last year, Express confirmed plans to close 100 of its stores by 2022, starting with 31 stores across 20 states in January 2020. Another 35 locations are expected to close by the end of January 2021, with 25 more locations following over the course of the next year.

Office Depot is continuing its restructuring plan, first announced last spring, into 2021. The office supply chain will be closing an unspecified amount of stores and eliminating over 13,000 jobs through 2023. The plans are reportedly part of the company’s ongoing efforts to curb costs while transitioning from a traditional retailer to an IT services provider.

Walgreens is still in the process of shutting down about 200 of its U.S. stores after first announcing the closures in 2019. The closures will account for less than 3% of the pharmacy chain’s total store count, which includes nearly 9,600 locations across the country.

The Children’s Place is also closing down dozens of stores around the country this year. Last summer, the kids’ clothing retailer announced plans to shutter 200 stores in 2020 and another 100 by the end of 2021. The company has not revealed what locations will close but is mostly targeting “mall-based” locations, according to Today.

J.C. Penney will close more stores this spring after filing for bankruptcy and closing more than 150 stores last year. In December, the department store chain announced it plans to shutter another 15 stores by the end of March 2021.

“As part of our store optimization strategy that began in June with our financial restructuring, we have made the decision to close an additional 15 stores,” J.C. Penney said in a statement to USA Today. “These stores will begin liquidation sales later this month and will close to the public in mid to late March.”

In November 2020, Francesca’s revealed it will close about 140 stores by the end of January 2021. The women’s boutique chain also filed for Chapter 11 bankruptcy in December, with plans to sell the business, including its brick-and-mortar stores. According to USA Today, the company still has approximately 558 stores open, but “plans to attempt to renegotiate a number of leases during this process, which may include closing additional boutiques,” according to a statement to USA Today.

Signet Jewelers, which operates globally under the name brands of Kay Jewelers, Zales, Jared The Galleria Of Jewelry and Piercing Pagoda, is also closing more stores this year. In 2020, the retailer of diamond jewelry announced it wouldn’t reopen at least 150 North America locations that had been temporarily shuttered in March due to the COVID-19 pandemic. An additional 150 stores are expected to close by the end of February 2021.

Pet Valu has joined the list of retailers to permanently shutter during the coronavirus pandemic. In November 2020, the pet supplies chain confirmed it will close all 358 stores and warehouses across the U.S. Closing sales have already begun in locations across the country, but customers can no longer place orders on the company’s website.

After permanently closing more than 600 stores last summer, Justice is set to shutter its remaining locations this year. In November, parent company Ascena Retail Group Inc. confirmed plans to shut down the tween girl retailer, with the 108 enduring stores set to close its doors by early 2021.

GameStop, which has shuttered hundreds of stores over the last two years, is ramping up for even more closures in 2021. In December, the video game retailer revealed plans to close more than 1,000 stores by the end of its fiscal year in March. The closures come after nearly a decade of financial struggles for the gaming giant, which is working to recuperate its debts after reporting a $458 million net loss in 2018.

After filing for bankruptcy in 2018 and closing the majority of its stores over the past two years, Sears, owned by the parent company Transformco, is continuing to see a sharp decline in business. According to CNN, the struggling chain is in the process of a “slow motion liquidation” and will resume shuttering stores where possible over the next year, as well as listing other locations with commercial real estate brokers.

On March 3, Disney announced plans to close 60 or more of its North American brick-and-mortar Disney Stores by the end of 2021. The company said it will be putting a greater emphasis on e-commerce, social media and theme park retail opportunities. As of 2016, the company had 330 stores worldwide with 200 in North America.

Kmart — owned by the same parent company as Sears, Transformco — is also in the process of closing up shop. The retailer has drastically dwindled down its total store count to only 48 stores, and more closures are expected to take place over the next year as the commercial real estate market picks back up.

After closing 180 stores in 2020, H&M is set shutter another 250 of its locations in 2021. The retailer cited the coronavirus pandemic and a growing shift to online sales as the primary motivation behind their decision.

“More and more customers started shopping online during the pandemic, and they are making it clear that they value a convenient and inspiring experience in which stores and online interact and strengthen each other,” said H&M CEO Helena Helmersson in a statement, per “Good Morning America.”

After shuttering 250 stores across the U.S. and Canada last year, Victoria’s Secret will likely see more closures over the next two years. Victoria’s Secret CEO Stuart Burgdoerfer reportedly discussed the anticipated closings on an earnings call with analysts in May 2020.

“We would expect to have a meaningful number of additional store closures beyond the 250 that we’re pursuing this year, meaning there will be more in 2021 and probably a bit more in 2022,” he said, per USA Today.

In November, Starbucks announced it will close approximately 100 stores in the U.S. within the next year. The coffee chain also plans to shutter 300 locations across Canada by the end of March 2021. The closures are part of the company’s ongoing restructuring efforts, which include adding more drive-thru locations and experimenting with curbside pick-up only coffee shops.

Due to the COVID-19 pandemic, Walmart deemed it necessary to close down many of their stores, including 154 in the United States. Many stores were closed down just to be sanitized, but others may never see their doors open again.

Gap is drastically cutting down its brick-and-mortar footprint over the next two years. As the company announced in October 2020, Gap Inc. will close 220 Gap stores across North America by the end of 2023. The closures are part of the retailer’s efforts to move away from the mall and focus its locations in city centers and outlets.

Banana Republic, which is also under the Gap Inc. umbrella, will see its fair share of closures as well. The company is expected to shutter 130 Banana Republic locations by 2023. Between Banana Republic and Gap, the retailer will shut down a total of 350 locations, accounting for nearly a third of its North American sites.

Carter’s is also permanently shutting down hundreds of stores as the leases of certain outposts expire in the coming months. In October 2020, the children’s apparel and accessories retailer announced plans to close approximately 200 locations, with roughly 60% of those units likely to be shuttered by the end of 2021. The remaining stores will be shut down by the end of 2022.

After announcing plans to shut down 40 to 50 stores in 2020, more American Eagle stores may be on the chopping block this year. Last fall, executives revealed the company is scrutinizing up to another 500 stores for possible closure in the next two years as leases expire. Chief Financial Officer Mike Mathias told Retail Dive the retailer is considering “lease tenure, mall profile, proximity to other stores, and customer engagement level” when choosing which stores to permanently close.

Following declining sales amid the coronavirus pandemic, Zara is moving its attention from brick-and-mortar locations to online sales. Last summer, Inditex, the clothing brand’s parent company, announced it will close as many as 1,200 stores around the world over the course of three years, starting in 2020. The company also plans to invest a whopping $3 billion to enhance its digital operations, including increasing online customer service teams.

Last summer, Tailored Brands, the parent company to Men’s Wearhouse and Jos. A. Bank, announced it has identified up to 500 stories for potential closure “over time.” The men’s apparel retailer was hit hard by the COVID-19 pandemic, as customers shifted to remote work and saw less need for formalwear. After filing for bankruptcy in August, the company is slowly rebounding and exited the final stages of the Chapter 11 process in November.

Chico’s is continuing its previously announced plan to shut down 250 stores in three years, which it started in 2019. Like many other retailers, the women’s clothing chain is working to shift its focus to online sales and operations.

Abercrombie & Fitch is shutting down its four biggest flagship stores by the end of Jan. 2021. The closures, reportedly planned before the COVID-19 pandemic hit, will take place primarily overseas, in London, Paris, Munich and Dusseldorf, Germany. Three other key stores — in Brussels, Madrid and Fukuoka, Japan — will also close when their leases expire this year.

Christopher & Banks filed for bankruptcy in January of last year and announced that they’d be shutting down a significant portion of their brick-and-mortar stores. As it turned out, a going-out-of-business sale occurred at all 449 locations, confirming the exact number of stores they’d be shutting down. President and CEO, Keri Jones said that the company decided to call it quits due to the pandemic, as one would expect.

This movie rental location was able to even outlast Blockbuster, but the pandemic sealed this business’ fate. The quality and convenience of streaming services already made things difficult enough, but with the coronavirus raging it made streaming an even more viable option as opposed to going to a rental store. In 2020 Family Video had already had to shut down half of their 510 locations. Now the other half simply had to go.

This Belgian chocolate maker closed all of its brick-and-mortar stores in North America at the end of March last year. It was unfortunate, as they had plans to open 2,000 new cafes worldwide before the pandemic shut everything down. It will still have an online presence, but you won’t be able to go pick up your chocolate in person anymore.

It’s a little ironic that a store called Fossil has been forced to shut down. The watch and handbag company lost $96,000,000 in 2020. They’ve shut down around 70 of their stores in order to make the a “more agile, nimble, and profitable company”. Digital sales will likely make up a majority of their revenue moving forward.