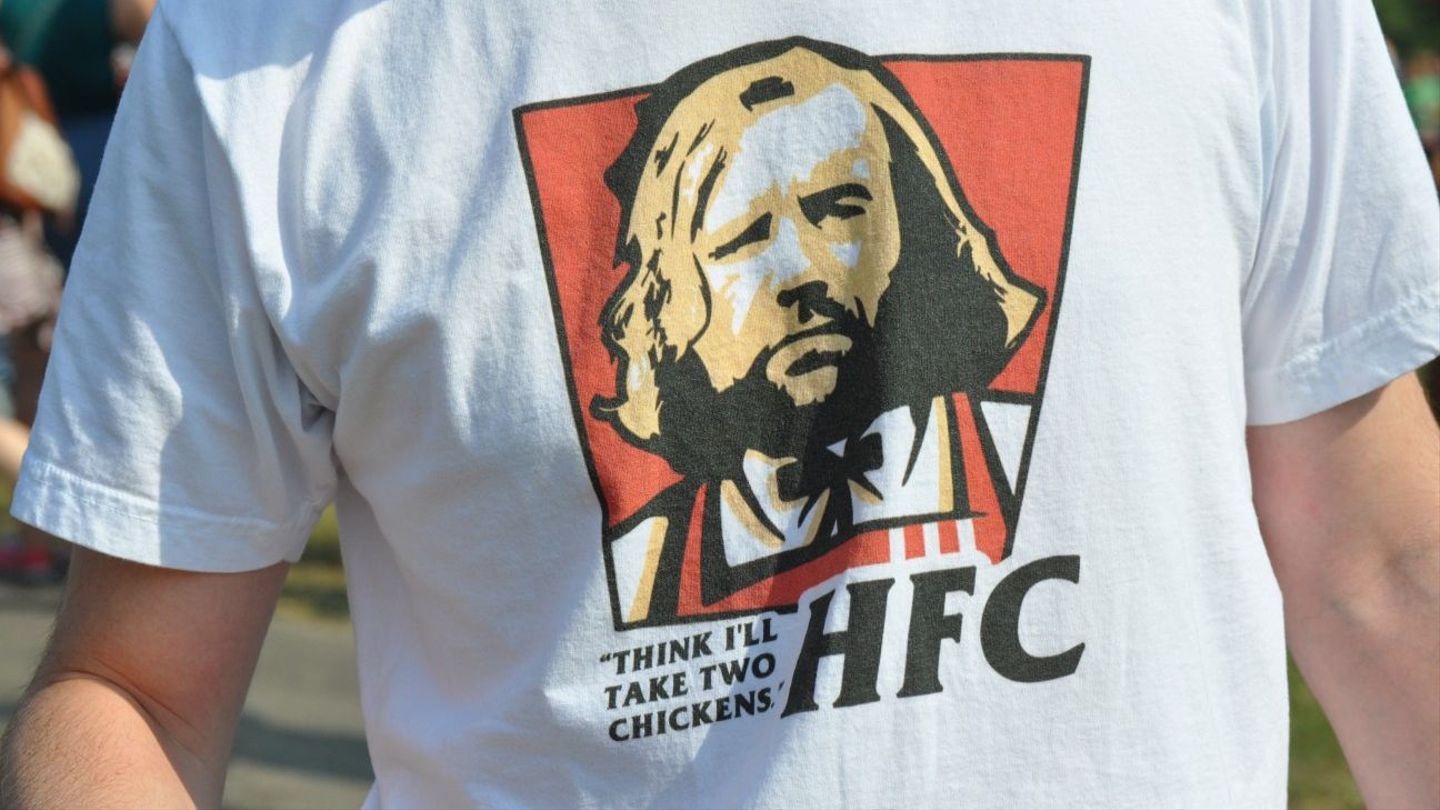 You can get just about anything on a shirt nowadays, whether you get it custom ordered or go to a retail shop. A lot of those designs can be legitimately interesting or witty. And then there are the T-shirts that are just outright ridiculous. Here are some of the most ridiculous T-shirts that people actually wore in public.

There’s Plenty To Go Around

The confidence on this kid is immaculate! He’s not exactly a skinny boy, but that does mean that there’s more of him to go around. He’ll make sure he gives every lady their own piece of the pie.

It’s kind of funny to have a safety T-shirt on, even if it’s your job, then you’re sitting in the bed of a truck. Not the safest thing to do.

Cows aren’t as dumb as some people might think, but they’re not too smart either. It’s actually possible that this cow thinks it’s looking at one of its own kind. Or maybe it’s just confused by the picture on this person’s shirt.

Tell Us How You Really Feel

With all the negatively and aggression in the world right now, hating everyone doesn’t actually seem like that big a deal anymore.

The unlock screen is a bit dated, but it still gets the point across. Although, it might not be fun for strangers to walk up to her and unlock her shirt.

It’s About Who You Know

This man’s got the right idea when it comes to getting famous. Your famous friends or family could certainly get you a job on a movie set or a record deal.

It really isn’t all flat. This girl gets it. It’s right on her shirt.

It’s probably not a controversial opinion to say that 2020 was a terrible year to live through. But at least someone’s trying to have fun with it. It truly is a one-star year.

You Can Go Home Now

Whoever designed this T-shirt knew what they were doing. It’s an excellent workout shirt, cause when you really work up a sweat you know it’s time to head home.

You Up For It?

Whatever this shirt’s addressing, must be something particularly disturbing. Or perhaps, it’s just not something you should be doing in public.

It’s Fine If He Watches

The real question is if he wants to be watching.

“BE DIFFERENT”, it’s an amazing message. It’s just a shame that when a group of people try to leave that message, something like this may happen.

Like two halves of the same coin. Whether they’re together or not, they’d probably make a good pair. And “Security” can probably help compensate for “Insecurity’s” insecurity.

Every year at high school during picture day you get a new student ID. Well, there’s a reason your parents normally try to get you looking nice on that day. Otherwise you end up with mistakes like this, and you’ll have to live with it for a full year.

Before He Comes Back!

This joke can get a little dangerous. If she’s actually single, what kind of guys would you be attracting that want to kiss someone who is already with someone. And if she’s in a relationship, how does her boyfriend feel about this shirt?

This is the crop-top you wear when dealing with haters. You won’t even need to speak a word to them, they’ll get the message.

Whether their bros or just happened to start sitting next to each other, they’re definitely friends now. The backs of their sweatshirts really has the perfect brand synergy.

Well, somebody certainly loves college, or more accurately, “collage”. Although, did they actually get into college? They can’t even spell the word right.

This woman’s got quite a bit of confidence. With that strut, you might even believe she’s 20% hotter than you. It might even be true.

Everyone parties in their own, special way. And frankly, taking nap seems like a perfect way to get down.

One might be inclined to believe this girl is nothing but trouble. The way the shirt’s designed has the text a little bit higher than normal as well, which makes for a particularly interesting design.

The kid looks young, but good on him for having that confidence. The best part is probably the “NEVER STOP STUDYING” tagline on the bottom. Never stop studying that face, indeed.

A Shirt Within A Shirt

This shirt could’ve kept going, but that would’ve taken too long to design. It’s just so interesting and weird to get a shirt that says “Due in July”, but also has an image of a pregnant woman wearing a shirt that has the same message.

He Does Dumb Things

If you walk into a hospital and see a kid with gauze or a cast all over one his hands, you might not need to see this shirt to get the message that they do dumb things.

I Only Date Models

The sheer audacity of this man! He only dates models? That shirt isn’t even clean! That level of confidence might get him models after all.

What would the odds be that the day you get arrested, you’re wearing this shirt? It really does help to convey they’re feeling on this situation without any words.

I’d Rather Be Drinking Ranch

A lot of people like ranch, but as a condiment or topping. Drinking ranch straight out of the bottle… well, that certainly tells the world how much you hate doing a particular thing if you’d rather be doing that.

Too Thin For Their Own Good

People are always asking whether or not certain clothes “make them look fat”. But just switching out one pronoun can make all the world’s difference, and probably make the people around you angry.

The Perfect Shirt For A Marathon

This really is a great shirt to wear during a race. It doesn’t matter what you place, as long as you’re not last your shirt can help you to automatically shame anyone behind you. Or maybe, just maybe, the shirt motivates people to do better. Either way, it’s hilarious.

This person knows who they are. People are constantly asked how much money it would cost for them to do something they ordinarily would never do. Well, at least we know this guy’s price.

This joke probably won’t land if you haven’t watched Game of Thrones. But when the Hound said he was going to eat some chickens, that became a meme for quite a while.

If you wear this shirt, you’re broadcasting to everyone around that you’re a nerd. Of course, there’s nothing wrong with that. But even other nerds probably won’t find this shirt that funny.

Well that’s not technically untrue. They would be more difficult to lift and carry them away, even if they’re unconscious. At least this guy’s confident in his body. And his ability to avoid getting kidnapped.

You didn’t know that’s what D.A.D.D. stood for, did you? Yeah, it’s actually an acronym. And all dads are frankly overprotective men who never want their daughters to date. Their sons are okay though.

For those of you that don’t know, anorexia is a mental illness wherein someone things they are overweight. This, in turn, leads to extreme skinniness. As you can see from the photo here, this man isn’t suffering from that.

Hey, nobody’s perfect. You shouldn’t be worried about being perfect. Although, it’s not clear what parts this person’s shirt is referring to, but they must be pretty great.

Hm, wonder what’s underneath the shirt that you’d want to take a picture in the first place. Oh well, only one way to find out.

Now this is a shirt you wear to save time. If your dad’s saying and doing all these embarrassing things, you won’t have to say a word to get your point across. A more disgruntled face and gesture is all you’ll need.

Someone’s doing their diet all wrong. Barring any issues with an alcohol-based diet, it seems as though they’re losing the wrong thing. You’re supposed to lose pounds, not days!