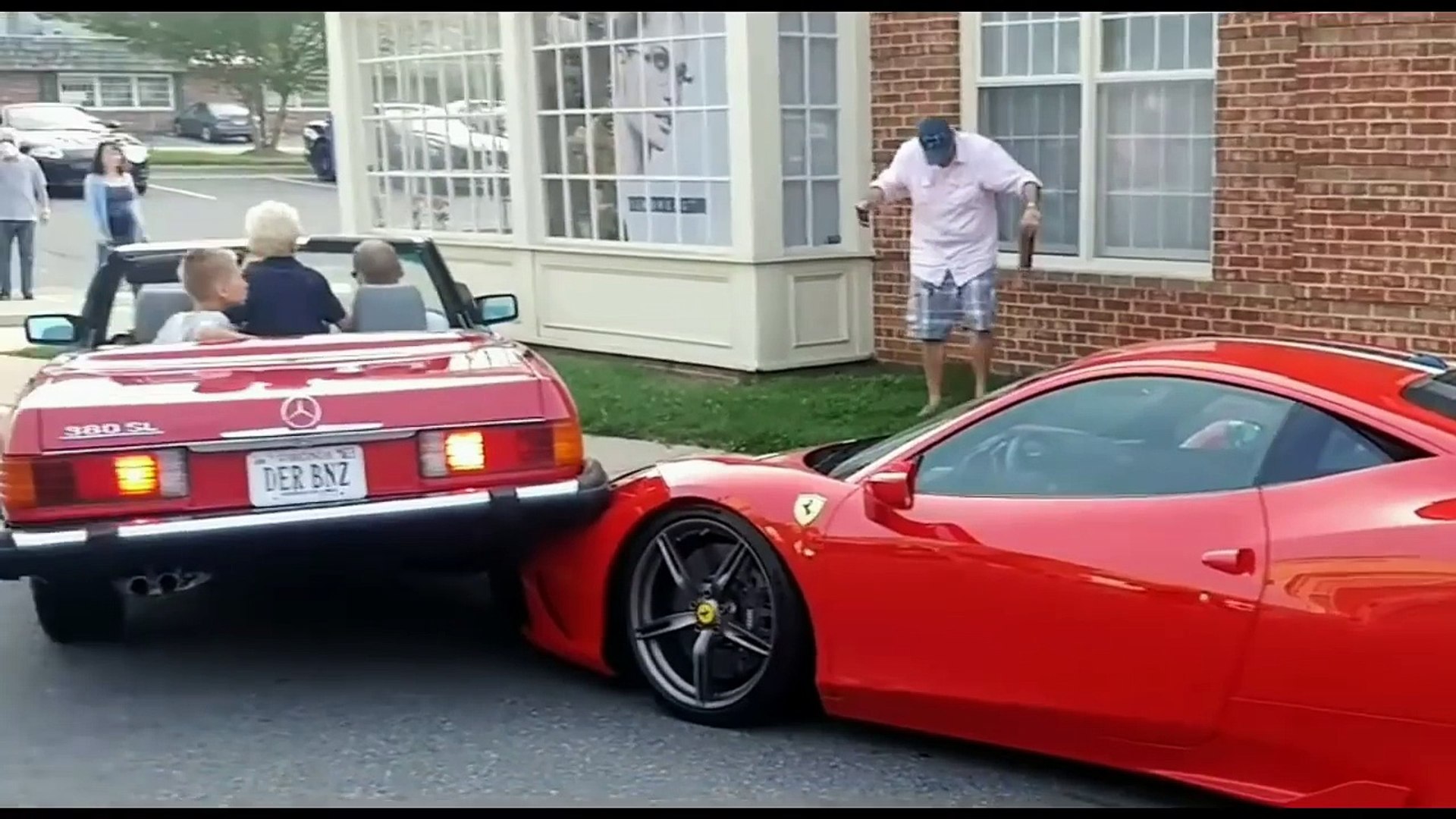 Women aren’t actually worse drivers than men, but it seems as though more people are keen to document their mistakes behind the wheel. Or, in some cases, maybe even just around the wheel. Here are some car fails done by women.

It’s already not a great idea to take your expensive sports car off-roading. And taking that car down a path clearly filled with mud makes the decisions of these two questionable at best.

Glass shattered all over the pavement, car flipped upside and crumpled, there’s clearly no chance of getting this vehicle repaired. And yet, this woman’s focused on fixing her hair. To be fair, maybe, she’s shellshocked. That does look like a nasty wreck.

A Bit Off Target

Filling up your car with gas is a simple task. But that doesn’t mean people can’t be prone to mistakes. Here it looks like this woman tried pulling the gas dispenser out of the car before it was finished. Or perhaps the gas started coming out before she the nozzle properly in the vehicle.

Here we’ve got another pair who got their nice car stuck in the mud, and they really seem to be digging a hole for themselves on this one. It doesn’t help that the woman trying to push the car on the back is wearing boots with heels. That probably makes it a little harder on her feet.

How’d this woman manage to park her car on the side of a wall? It might be that she forgot to put her car in park so it slid down and crashed into this Ford. Although, let’s be more fair here. Maybe the Ford is the woman’s car.

The Mercedes Benz is a classic car, a symbol of your higher class status in society. And that’s how you get situations like this, where people pose with any Benz they see on the street. This one decided to take it an extra step and sit right on the hood of the car. She certainly left more of an impression than your standard Instagram model.

Even when it’s at port, a boat is still a few feet away from the pier. So you need a docking plank in order to get to the ship. Normally those are small, wooden or metal bridges. It looks like someone here decided to use a car. And this woman here was around to capture the moment in a photo.

This is just a recipe for disaster. First of all, she’s on the phone. Never drive and talk on the phone, especially if you don’t have a hands-free display. And because she’s driving and talking on the phone, she probably didn’t even notice that her hair got caught in the car door.

It can be hard to get a parking spot in the city, but parking in a construction zone just isn’t the move. It also appears as though this woman ended up stopping in wet cement… and then it dried.

Driving your car in a storm can get dangerous. But driving it during a flood warning is just a plain bad idea. Just three inches of water is enough to cause your car to float away. So imagine how this woman feels trying to drive through this road-turned-canal.

Well that’s just rude. After heavy rain, the gutter is always filled with water, and people normally slow down to avoid splashing water like this. Yet, somebody decided not to slow down and get this guy soaked.

This young woman may just get her learner’s permit revoked after this debacle. The only thing that could’ve made it was if there was water in this pool.

This is another instance of people making mistakes while filling up their gas. Except here it’s extra egregious cause this pair of twins both made the same mistake. It appears as though they were more interested in posing for this picture than filling up their gas. That’s clearly the door handle where the nozzle is.

Again, nice heels, great hair, a good outfit, and expensive sports car. And the driver decided to go driving in the mud. Now their outfit will get ruined and their car’s stuck.

Stuck In The Snow

Well at least this woman didn’t get stuck in mud, but that only raises a bunch more questions. Driving in snow is already more difficult than driving in rain, but her outfit doesn’t even look like she was prepared for cold weather.

We’ve got a car flipped over on its side, a two more cars crashed as well (neither of which are facing the same direction), and, of course, the main culprit has a lot of damage to the front. It’s a pretty bad accident overall, but it looks like the driver and her passenger are not only unharmed, but completely nonchalant about the entire thing that’s just happened.

Don’t Leave The Car On!

We’ve got another instance of someone making a huge mistake while filling your car up with gas. Except in this case, this is a lot more dangerous a mistake than just putting the nozzle in the wrong hole. Leaving your car on while willing up the gas tank can lead to some “explosive” results.

Remember those two girls that got their nice sports car stuck in the mud. Well, here they are again, and they’re really trying to get their car free. Digging out your car with your bare hands probably isn’t the most efficient way to get the job done, but at least they’re trying something.

Towing’s a little bit more difficult than you might except. Whether it’s as big as an RV or just a little bike like this, one sharp turn could flip your cargo onto its side. Or even worse, make a multi-car accident.

Have you ever seen any of those Red Bull cars advertising the drink? They probably want you to buy the product, but not for this reason. Cars need gas to work. It doesn’t matter if its got Red Bull’s label on it, that’s not what the car runs on.

As far as the stereotype that women are bad drivers goes, older women probably get the worst wrap. It’s not true for everybody, but however this older woman is driving, it appears to have her dog spooked.

It’s not too surprising that the police are chastising this woman for her accident. After all, she got her car stuck on a fence. It’s kind of hard to tell how she even pulled this off in the first place. Fortunately, she appears to be completely unharmed, aside from perhaps her pride.

At The Car Wash

There’s a nozzle at the gas station that sprays water. It’s important to note that this nozzle is not for washing your car. It’s used to refill the water in your car hood. Well, looks like no one told this woman that.

Another car flipped over with plenty of goods spilling out the “top”. Fortunately, the driver appears to be unharmed for the most part, but it seemed her first instinct was to take a picture as opposed to calling the authorities. Well, guess she better start picking all that stuff up.

The woman in this photo has a pretty good sense of humor. After all, not just her, but her entire car has become drenched in mud. At least she didn’t get it stuck in mud like some of the other people listed here.