People Famous For Their Looks - The Delite Skip to content

People Famous For Their Looks 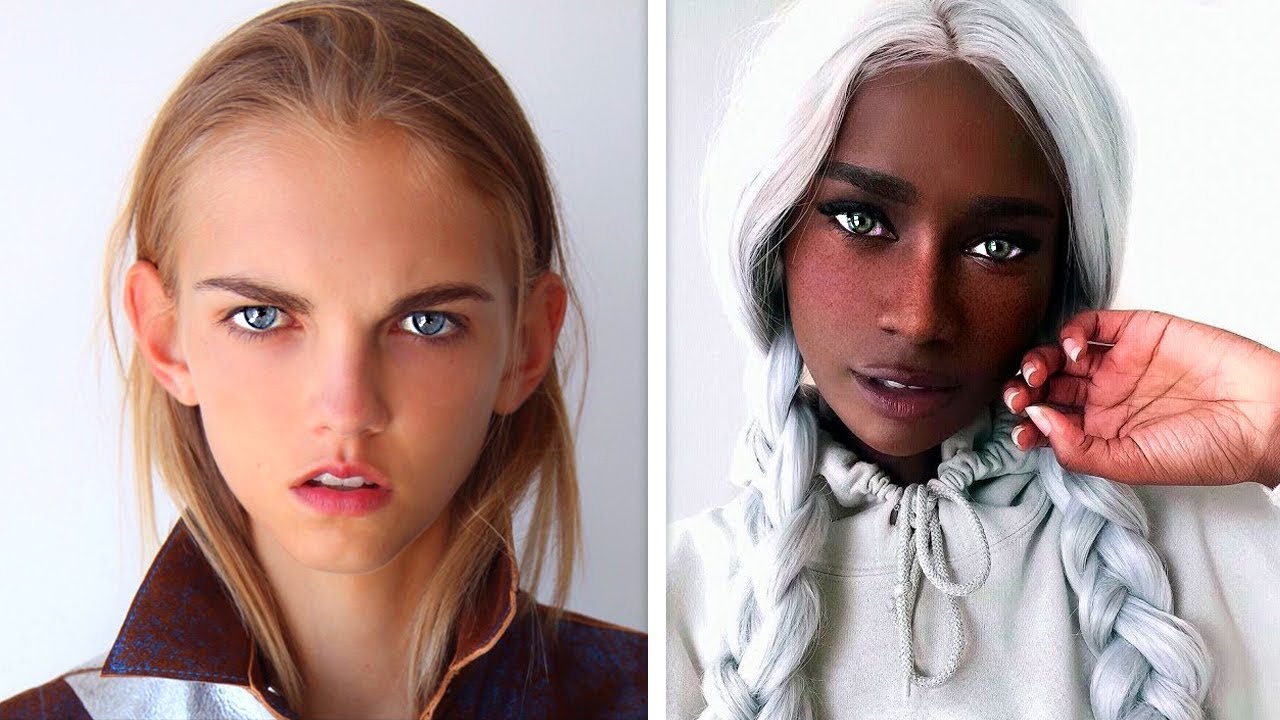 Everyone’s unique in their own special way. Some people just happen to be a bit more unique than others. Sometimes those people even become models. Regardless, they were able to become famous based solely on the way they look. Here are some of those people.

Hamad Jaman is probably the most freckled man in the world. Also one of the most attractive. While there are some people that don’t like freckles, he truly has embraced his. He made a career out of it and works as one of the biggest models in the United States.

Lotte Zuidema is a Dutch model. She has a striking appearance and is unquestionably beautiful. But the thing about her is that she looks exactly like a painting by Johannes Vermeer. The painting in question is A Girl with a Pearl Earring. Her embracing her look is what led her to drop her studies in project design to become a model in the first place.

Em isn’t the only model with vitiligo, but she’s certainly the most mysterious. She only goes by Em professionally because she wants her looks to speak for her. Not only is she a model, but an ambassador for body positivity. She often gives her many followers inspirational words.

Ava Clarke was born with albinism. While the most obvious symptoms being a loss of pigment are there, there’s a lesser known side effect Clarke suffers from. That being that it can affect someone’s eyesight. Clarke is legally blind. Due to her uniqueness, Clarke has become rather popular on Instagram and has around 100,000 followers. She was even discovered by a modeling agency.

Ilka Brühl has ectodermal dysplasia. It’s a rare facial defect that makes made it difficult to breath. Her eyes would also tear involuntarily. She had to deal with rigorous surgeries, as well as mental and physical trauma. She can now live without pain, but her face still looks the same. Fortunately, she’s since learned to be able to live confidently and lives as an example of how beautiful everyone is.

Aleece Wilson grew up wanting to be a model, but afraid that she never would be one. She thought that there was no one that looked like her and it would be impossible. Well, with her, and other people on this list, those standards were broken. She was recruited by Canada’s Elite Models agency and even appeared in the 2017 NY fashion week.

Harnaan Kaur is a British model born with polycystic ovary syndrome. This is an imbalance of hormones that causes excessive facial and body hair growth. She’s had it since she was 12, which led to long time feelings of uneasiness and uncertainty. While she struggled at first, she’s since become a model, life-coach, and anti-bullying activist. Of course, she’s also an ambassador for self-care and confidence.

Yes, Elisany da Cruz Silva is the tallest girl in the world. By 18 years old, she was already 6’8″. She’s much taller than her father, and certainly her boyfriend. However, despite all that, her partner still finds her beautiful. Don’t let height stand in the way of what you want.

Laura O’Grady is an Irish model with large ears and a small nose compared to most people. However, instead of trying to “correct” these perceived imperfections, she embraced them. She’s had a great modeling career since she started in 2013. Even Tyra Banks says she has everything she’s looking for in America’s Next Top Model.

Bee Melvnin’s an incredibly captivating supermodel. People even debate her ethnicity because of the strange combination of physical traits she has. At one point, she was even accused of being a white woman pretending to be black. Although, she has confirmed she’s Gambian.

Arina Lubiteleva is a Ukrainian model. She doesn’t have any medical conditions, just one, small imperfection. And that would be that she has big ears. Arina’s made her career based off of embracing her imperfections and has advocated to other women to accept their own as well.

Swantje Paulina has a lot of freckles. Because of that, it took this German woman a while to feel more comfortable about her appearance. But the minute she did, she became a model. She actually uses Photoshop to make her freckles look even bolder. She has 600,000 followers on Instagram, showing how far she’s come.

Khoudia Diop is a model known as the Melanin Goddess. Looking at her would show that the reason to why is obvious. She came up with the nickname herself in reference to her incredibly dark complexion. While bullied initially, she was quickly scouted by multiple modeling agencies after moving to Paris at age 15. As it turned out, they really liked her look. Since then, she’s had a rather successful modeling career.

You may already be familiar with Bera Ivanishvili. He’s a Georgian singer well-known for his strange impressive. However, he also has a twin brother named Tsotne. Despite their less than normal appearance, Bera was still able to establish a successful singing career by the age of 25. He even started his own record label called Georgian Dream.

Nyadak Thot, also known as Duckie, is a model from South Sudan. She was raised in Australia, and wanted to start a modeling career there, but found that her darker skin complexion was holding her back. Fortunately, her appearance was welcomed at New York Modeling Management and she started her career there.

Rain Dove was born female, but felt overly masculine growing up. But as they got older, they realized they could be whatever they wanted to be. Rain may be one of the most famous gender fluid models in the world right now. And their fluidity lets them show off their style in whatever way they see fit.

Madeline Stuart is actually the first model in history to have Down Syndrome. She always wanted to be one, so, with encouragement with her mother, she tried to accomplish her goal. She lost 40 lbs. by 2015 and gained thousands of fans on social media. She really is an inspiration for people to overcome their insecurities.

Daphne Groeneveld certainly has a unique look. She even earned the title The Best Dutch Model in 2011 at the Marie Claire Netherlands Fashion Awards. And that was only a year after she had started modeling. She’s worked with a lot of big brands and is currently the face of Tom Ford Beauty.

Liza Ostanina was born in the Ural Mountains or Russia. From even a young age, it was notable how she looked different. Most notably was her round facial features and particularly thin neck. She eventually moved to Japan, pursuing a modeling career there. And to her surprise, she was eventually signed to a modeling agency. She has many followers on social media now and her presence is only continuing to grow.

Julia Gnuse has rightfully earned the epithet of The Illustrated Lady. She’s covered approximately 96% of her body in tattoos. As it turns out though, these tattoos aren’t for art, but more so for health. She has a rare skin condition that prevents her being within direct sunlight, or else blisters would suddenly appear on her skin. She at one point even held the Guinness Record for most tattooed person. Unfortunately, she passed away in 2016.

Winnie Harlow is perhaps the most famous person on this list, as well as the most famous model with vitiligo. She’s already one of the top models in the US, making it to the finals of America’s Next Top Model. Tyra Banks had previously discovered her through her Instagram account and the rest was history.

Heterochromia is a unique condition that makes someone’s irises appear two different colors. It can affect humans, but also animals. One person that’s made their heterochromia part of their charm is Danielle Kroon. While her mesmerizing look made her a popular model, she’s also taken to studying medicine.

Sometimes, women enhance themselves in different ways. The standards of beauty can often seem strange and unattainable by natural means. But Yuval Levy’s body is au natural. She certainly has a unique figure.

Mikayla Holmgren was the first woman with Down Syndrome to compete in the Miss Minnesota USA Pageant. She even won two awards during the competition. Her look had never been seen before, but it won over the hearts of the judges and the audience.

The gap in Simone Thompson’s teeth is already notable enough, but she also flaunts her shaved head, tattoos, and overall colorful style. She really does stand out wherever she goes. She’s proven to be a successful model and actress and has never been ashamed of her look. She’s gotten pretty far based on her confidence.