Neighbors That Make The Neighborhood Interesting - The Delite Skip to content

Neighbors That Make The Neighborhood Interesting 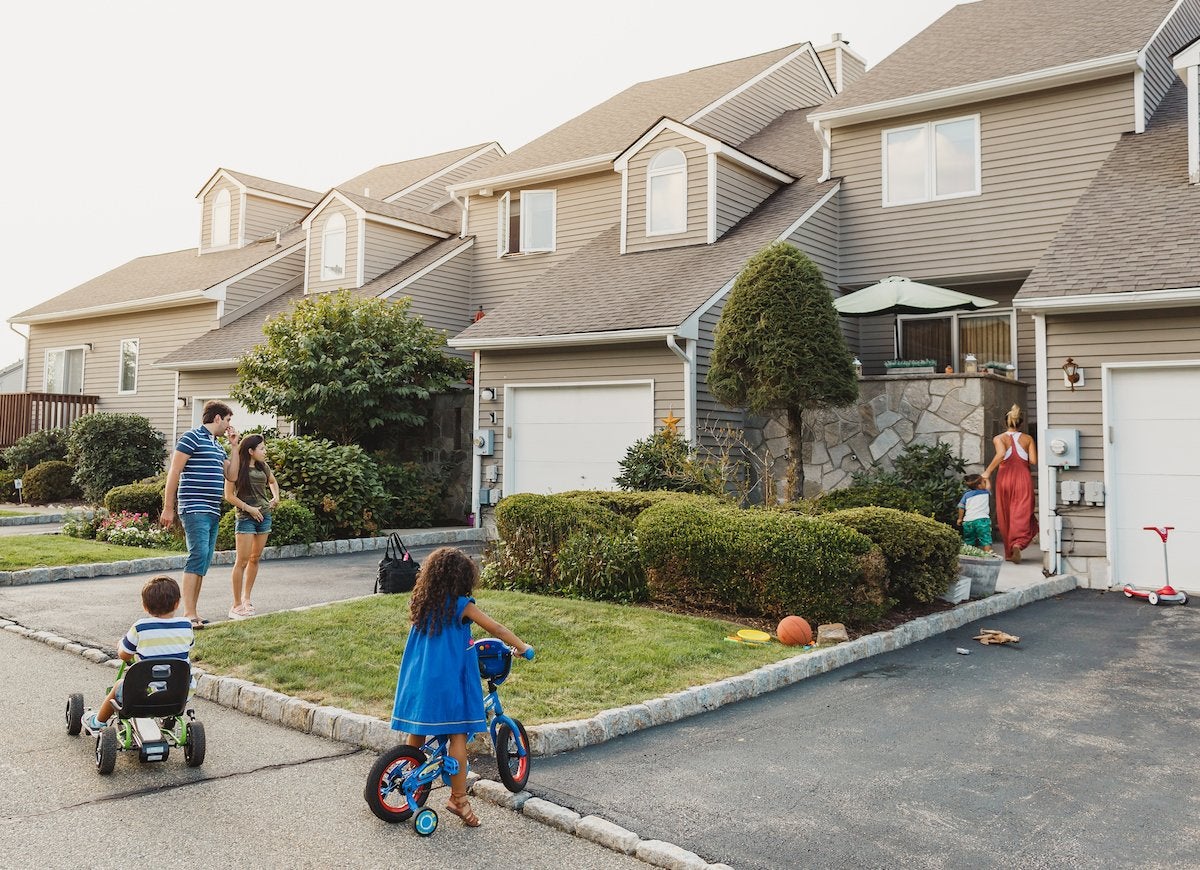 The Kids Are All Gone

Truly, leaf piles are meant to be jumped in. Raking the leaves up for your kids is one thing, but doing it for the neighborhood’s children? You’re either going to be labeled a local hero or a weirdo.

Ordinarily the welcome mat would be more… inviting than this. What kind of situation would you be in if you were actually invited over, then walked up to the door just to see this?

These two neighbors must have great chemistry. And they really know how to save space in the neighborhood parking lot. After all, a smart car’s half the size of a regular car, why wouldn’t you put two in a parking space meant for two people.

You’re gonna need some stronger wood to patch up that hole. Actually, why not expand the hole, make it an exit for your dog to use. That way it won’t make any more of them.

If you’re having trouble reading the sign, it says, “HOLY COW WE HERD JOHNATHAN IS 18 NOW! HAPPY BIRTHDAY!” Seems like they really went all in on the joke.

People always put up flags for the 4th of July. But this really seems like overkill. This neighbor must be incredibly patriotic. Or maybe they just really like decorating for the holidays. What does their house look like during Halloween?

Speaking of holidays, decorating your house with lights for the winter season is common among ll households. Except this one. But, to be fair, next door has enough lights for both of them.

The Cactus That Breaks The Wall Down

Small cactuses are pretty common house plants. But this one is massive! It even broke apart the stone wall. You can’t really even push it back in place. If you touch it, you’ll be in a world of pain.

A Wheelbarrow For Change

The context of this photo is that a neighbor’s great dane attacked the photographer’s golden retriever. Compensation was required to pay for the retriever’s vet bills but was paid for in the most petty way possible. This is $288.66 worth of coins.

Someone decided to buy a new truck and their neighbor just wasn’t a fan. So, they tried to hide it behind this tree to hide it. It seems they did a pretty good job. Can you find it? It’s perfectly camouflaged.

A man, deep in thought, having a meeting… with his watermelons. He must have the blinds open for a reason. And that reason is probably to show everyone how crazy he looks.

The neighbor of the lawnmower in question claimed to have heard it late at night. As it turns out they did. If they weren’t doing it in their sleep it looks like they intentionally tried to make crop circles. The mowing job is incredibly uneven.

Buying a massive agave plant for your home garden isn’t particularly strange. It is a weird plant, but people like them. No, the weird part is that this plant had apparently been sitting in the truck bed for a week when this picture was taken.

This person through their Samsung television trash into their neighbor’s trash after the holidays. Why you might ask? Well, that’s because, according to the photographer, people will rob your neighbors instead if they see that in their trash.

They really went the extra mile with this one. Celebrating your birthday with a yard sign is one thing, but printing out cutouts of yourself at different points in your life leading up to the big 40? That’s a little bit too much investment.

Technically, those neighbors are quiet. They’re the quietest neighbors of them all. The real estate agent that put this sign up must have a really great sense of humor.

It’s an enticing offer for any police officer. After all, who doesn’t like free donuts? And the police love donuts more than any others. It’s the perfect trap.

Built For The Cold

This photo was taken because a neighbor had been complaining about the dog’s owner leaving them out in the cold all the time. While it might not seem kind to the dog, this dog is a husky. And huskies are designed to survive in the cold. It’s actually more dangerous for them to get too warm.

This plate was intended to be a peace-offering or a present from a neighbor. The new owner of the plate made and ate a platter of cookies on this thing. They didn’t see the warning until after they were done.

Face In The Window

The neighbor that lives in this house puts this small face in the window when they leave. Why you might ask? Just to scare people. It’s pretty obvious if you think about it.

When you’re joining wifi in an apartment complex or neighborhood, you can often see the wifi names of the other routers in the vicinity. Well, looks like two of those neighbors have a rather petty grudge with one another.

From right across the hall in the apartment. Were they enemies before? Or are they friends now? And who got their mat first? So many questions. And the only answer is a likely shared interest in Batman.

Imagine driving by your neighbor’s house and seeing this. At least from behind, it seems like a perfect replica of the monster from his original media appearances. It’s a pretty interesting lawn ornament to say the least.