Mega-Mansions That Were Incredibly Expensive, But Now Possibly Worthless 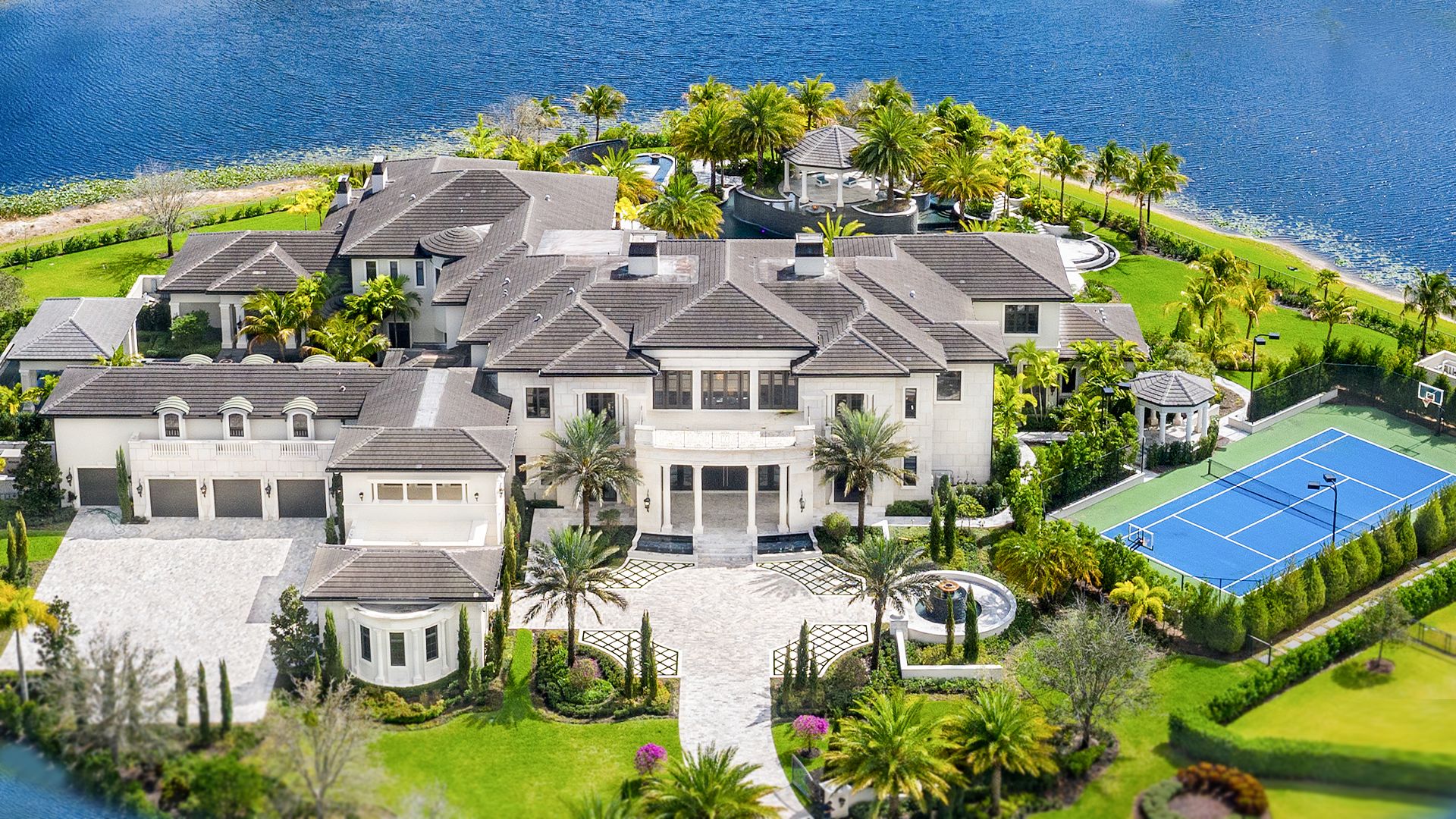 When it comes to living a comfortable life, one of the first things that come to people’s minds are their house. But not just any house, the house of the ultra-wealthy. And that’s referring to mansions. Some people are so wealthy that they go the extra mile and splurge for multi-acre mega-mansions. While it’s nice to live in a big house, not all mansions are created equal. As a matter of fact, some of them have been on the market for so long that they’re considered worthless now. Here are some of those mansions.

Mel Gibson’s vacation home in Malibu, California seems like a prime cut of real estate. It was put on the market in 2010 with a starting price of $14.5 million. However, nobody bought it. In 2011, the price dropped to $12.8 million, then later at $11.8 million. Over a decade later, and the place is still on the market.

Kurt Russel and Goldie Hawn have their own vacation home in Malibu as well. Their beach house was actually more expensive than Gibson’s when it went on the market at $14.8 million. A decade later, it’s still on the market. Although, the couple has been renting out the house on Airbnb for $95,000 a month.

50 Cent’s Connecticut mansion has 52 room, a recording studio, a hot tub area, and a gaming room. It’s well worth the $18.4 million that it was put on the market for. Or so it would seem. 50 Cent actually purchased the mansion for only $4 million. Now he’s struggling to sell it because of how overpriced it is.

Rose and water gardens, a greenhouse, and a beautiful cottage, this Connecticut mansion owned by Tommy Hilfiger sounds wondrous. It was originally named Chateau Paterno, having been built for Charles Paterno. Hilifiger and his wife decided to relocate to Florida and put their mansion up for sale in 2020. However, with a price tag of $48 million, it’s not too surprising to learn that there haven’t been any takers.

Michael Jordan’s Chicago mansion has been on the market since 2012. It’s original asking price was $29 million, but it’s since dropped to $15 million. Real estate experts say that his asking price is just too high, even with a free pair of Air Jordans thrown in to the sale.

Jennifer Lopez’s mansion in Los Angeles is a real stunner. It’s got nine bedrooms, a dance studio, gym, theater, and a recording studio. In 2015, it went on the market for $17 million, but the price has dropped dramatically to $4 million. It’s been a hard sell due to the high property tax in the city.

Sylvester Stallone’s mansion in La Quinta, California was given a design and theme to celebrate Stallone’s Italian ancestry. The original listing was made in 2014 at $4.5 million. Despite technically being one of the more reasonable prices on this list, the house didn’t have many buyers. The price has since gone down to $3.9 million.

Ellen DeGeneres and her wife, Portia, are well-known for flipping and reselling mansions and luxury homes. But when it came to this Los Angeles condo, they just couldn’t swing it. The condo is priced at $8 million and has been on the market since 2014.

Joey Lawrence of Bloom fame has had this mansion in LA on the market for almost twenty years. It has six bedrooms, saunas, a movie theater, and a master suite, but he just can’t sell it. Lawrence bought the property in 1994 for $1.4 million. While the price has appreciated to $2 million now, he just hasn’t been able to get it off his hands.

Matt Lauer’s house in the Hamptons seems like the perfect place to vacation in. It has six bedrooms and a huge porch in front of a lovely beach. Since 2019, when this house went on the market, it’s had a price tag of $44.8 million. It may seem perfect, but it’s not that perfect.

As a businessman, you’d think that Steven Cohen would have less trouble selling his house. His New York penthouse has been on the market since 2013 and it’s just too expensive. It went on the market initially at $113 million. The asking price has since been reduced, but only to $98 million.

You may have heard of Alan Wilzig from The Wolf of Wall Street. He was a minor character in the film. He’s been attempting to sell a New York townhouse for $44 million since 2014. However, he appears to be another businessman having trouble selling his home. It’s still on the market.

Nelly bought a rustic mansion in Wildwood, Missouri with the intent to flip it. It’s got six bedrooms, seven bathrooms, and covers over 1,00o square feet. However, the mansion itself isn’t in very good shape. It’s crumbling at the seems. That’s probably why it’s on sale for only $570,000.

From The Real Housewives of Beverly Hills, Denise Richards has this mansion in Calabasas. It has a pool, waterslide, wood-fired pizza oven, and an extravagant master bedroom. Aside from a rumor of Angelina Jolie renting the mansion though, no one has bought up this estate.

The Forge Mansion was built in Pennsylvania all the way back in the 1770s. It’s made from stone and has a gable roof. However, selling it hasn’t been an easy feat. While a classic home, everyone’s afraid of the legend of ghosts that haunt it.

The Halston Penthouse is well-known for the extravagant parties it once hosted. The house has been on the market since 2011, initially valued at $38 million. However, the price has since dropped to $21 million. This was due to a lack of interest from buyers.

Also known as Palazzo di Amore, the Mediterranean Mansion is over 43,000 square feet. It has 12 bedrooms and a wine cellar as well. Many celebrities once held extravagant parties there, as with the Halton Penthouse. However, also like the Halton Penthouse, there have been no takers. Perhaps it has to do with the house’s $129 million price tag.

A mansion located in Savannah, Georgia, Aiken Estate is a prime location. It has beautiful gardens, a massive verandah, and five bedrooms and bathrooms. It was named after and owned by the poet, Conrad Aiken. According to rumor, his wife, Anna, was a socialite that loved spending money. And now, people won’t buy the house because of rumors that the couples’ ghosts still haunt the manor.

One of the most beautiful mansions in Lake Superior, over 400 Scandinavian craftsman built this home. It has 20 rooms, a hot tub, four separate apartments, and a private marine area for boating. It’s been on the market since 2017, with an initial asking price of $40 million. But, due to a lack of buyers, that price has since been cut in half.

The Stone-Walled Estate seems like a fairy-tale home, or someplace where royalty live. Its got an eleven-car garage, a wine cellar, a home theater, and covers over 30,000 square feet. It’s been on the market since 2010 for $60 million. However, the price has depreciated due to hefty property taxes.

This home boasts amazing architecture, filled with “Old World” glamour. It’s over 16,000 square feet, and has an elevator, seven bedrooms, and eleven bathrooms. It’s been on the market in San Francisco since 2017 for $29.5 million. No buyers yet, though.

You can probably guess why this mansion’s still on the market. The SK Pierce mansion was once owned by Sylvester Pierce. The mansion was built in the 1870s and people believe that it’s haunted. Although, some do rent the house to see if they can find any sign of ghosts.

This house is so secluded, that someone that wants to see it needs to drive down a long and winding road to actually get to the property. This is probably why it’s referred to as 8 Mile Road, and a contributing factor as to why it’s still on the market. It’s got four acres of land in Michigan.

Five fireplaces, a library, a ballroom, six bedrooms, and a parlor. This Greek-inspired estate is a prime location in New York. It was put on the market in 2015 for a million, but has depreciated by 50% of its original asking price. This is another home that people are reluctant to buy due to supposed paranormal occurrences.

The Ann Starrett Mansion is a Victorian-inspired mansion, and also supposedly haunted. The house is 5,000 square-feet, has eleven bedrooms, seven bathrooms, and a majestic scenic view. It was briefly turned into a boutique hotel before it was shut down due to the hauntings.

Yes, this mansion is only $10. So, what’s the catch? It seems almost too good to be true. Well, that would be that you have to relocate the mansion by physically moving the house. An approved subdivision is built within the area.