Haunting Images Declassified By The CIA - The Delite Skip to content

Haunting Images Declassified By The CIA 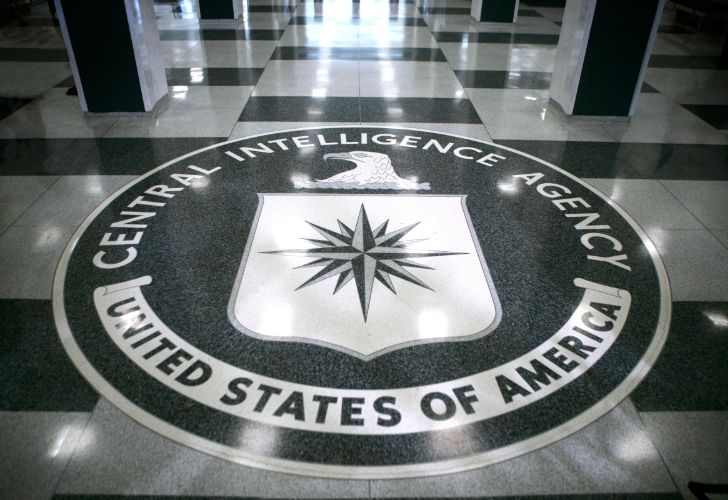 The Central Intelligence Agency, or CIA, is an important part of the American government. After all, they’re all about gathering intelligence for the government to know about. Of course, this intelligence often comes with secrets. Either to keep foreign nations out of the loop or to prevent citizens from going into a frenzy. Although, over time, things often become declassified. Such as these images. And many of them are truly haunting.

The bomber gap was a Cold War Era belief that the Soviet Union had gained an advantage in long-range aviation. Most notably, they were afraid they had long-range bombers. This let to an increase in defense spending for the United States. This is a surveillance image taken by a U-2 aircraft, which disproved the bomber gap theory.

This is a photo of a young Dr. Edwin H. Land, better known as Din. He was the founder of the Polaroid Company. His corporation and achievements in photography helped cheapen the cost of film reels. He also worked with the US government to help develop their surveillance technology during the Cold War.

The two men pictured here are Richard Bissell (right) and General Osmond Ritland (right). Bissell was a CIA officer that oversaw many things, such as the U-2 spy plane’s development and the infamous Bay of Pigs Invasion. General Osmond Ritland was an Air Force general that drastically improved the US’s ballistic missiles. You can see how these two being in a room together might have been a cause for concern back in the day.

The Satellite and Missile Observation System, or SAMOS, was a short-lived project launching reconnaissance satellites into space. While launches like this weren’t particularly uncommon during the Cold War, it’s worth noting that, while this image has been declassified, when this launch was and what its purpose was, other than being a SAMOS launch, is not yet known.

The DISCOVERER satellites were spy devices sent into lower orbit. Of course, back then, it was impossible for the information captured to be directly sent to computers. So, the film was stored in a return capture which was then sent back to Earth. This is one of those capsules, specifically for DISCOVERER-3.

Another DISCOVERER model is pictured here. But it’s not just a couple of scientists examining it, but former 34th President of the United States, Dwight D. Eisenhower. It just shows how the executive branch was still heavily entrenched in the United States’ attempts at espionage during the time.

The New York Times covered a lot of important stories back in the day, and this front page shows too of them. While the first one is referencing a space capsule that was caught by a US plane, the second is about Francis Powers. He was an American spy plane pilot who crashed in the Soviet Union. The headline details what happened to him after he was caught.

The AGENA rockets were an upper-stage and satellite bus made by the Lockheed Corporation. It was originally made for reconnaissance vehicles, but repurposed after it was scrapped. This is the assembly line and some of the engineers that worked on making them.

Throughout the Cold War, there were multiple heads-of-state for the US and Soviet Union. Here is a meeting between President Eisenhower and First Secretary of the Soviet Union Nikita Khrushchev. Tensions always seemed to be high whenever a Soviet leader would meet with an American one. Despite all the smiles in this photo, it’s likely this situation was no different.

Of course the thing that every American was afraid of during the Cold War was nuclear armageddon. And this was an image captured by spy planes. The mushroom cloud is unmistakable. While it’s not very clear if it was caused by a nuclear weapon, it being a result of nuclear weapon testing wouldn’t be too surprising.

You’ve almost definitely heard of Sputnik. It was the first satellite to orbit the Earth. Fear that it may have been a spy satellite led to the US accelerating their space program. It’s not often that you see images of the booster used to get Sputnik into orbit.

There has been mention of the U-2 aircraft throughout this article. It might not be obvious to the untrained eye, but these were spy planes. Designed for aerial reconnaissance and photo-taking. After getting the information needed, they’d head on back to base for debriefing and retrieval of any data. Although, unlike today’s unmanned drones, these aircraft required a human pilot.

One of those U-2 pilots, who was actually mentioned earlier, was Francis Gary Powers. If you remember him being mentioned, he was shot down and captured by the Soviet Union. This is an image of the pilot before that occurred. It’s lucky that he was only sentenced to ten years of imprisonment after he was captured. Although, that time still wasn’t easy, as he spent seven of those years in a labor camp.

All of those spy cameras and other equipment during the Cold War had to come from somewhere. And one of those locations was the ITEK Corporation. Pictured here is its headquarters. They were a defense contractor that specialized in spy satellites and other reconnaissance systems.

First Image From A Photoreconnaissance Satellite

It’s unclear what this image is, or even which photoreconnaissance satellite took this photo. That information hasn’t been specifically declassified. It’s possible that this photo was just taken to test the satellite’s camera or the system. But that’s just speculation. It could be more dangerous.

THORAD was an expendable launch system made for US rockets. They were separation boosters intended to help push satellites into their proper orbit. However, while this image of a model isn’t clear on what it’s supposed to be of, it seems as though the boosters were originally intended to do something a little more than just help satellites.

This is one of the systems for carrying film reels up into spy satellites and other aircraft. This is a simulator to show how the film reel would be affected as it was rocketed through the atmosphere. Not all reels could take the pressure that well, so it was important to make sure that money and effort wouldn’t simply be wasted.

This is an example of when those film reels can’t quite handle the force of exiting the atmosphere. Almost all  of the film was sliced in half. Film reels used to be expensive decades ago, but still less expensive than building a rocket.

After film was recovered, it still needed to be processed somehow. This cut and splice device, nicknamed “Tuna”, was one such device. It helped transfer film as well as editing, cutting, and splicing it as necessary.

The LANYARD cameras were, large cameras made for spy cams. They were apart of the CORONA project. This image doesn’t do them quite justice, but they’re incredibly large. It certainly captured a lot in their lens.

Kennedy And A Film Return Capsule

This is another film return capsule, but this time we get to see someone else with it. This one is from DISCOVERER-13, and former president Kennedy is with this one. Another example of how closely intwined the executive branch was in the arms race and Cold War espionage.

Normally, pictures of the return capsule just show the receptacle for the film. Well, keep in mind that it needed a bit more protection to prevent it from burning up in the atmosphere. These are a couple of images of the JANUS return capsule, needing to be moved around by a dolly.

On the right is President Nixon. On the left is General Secretary Brezhnev. This is an image taken at the signing of the Strategic Arms Limitation Treaty. After negotiations ended in Moscow, the two superpowers signed a document limiting the amount of anti-ballistic missile defenses to alleviate the pressure to make more nuclear weapons.