Female Soldiers All Over The World 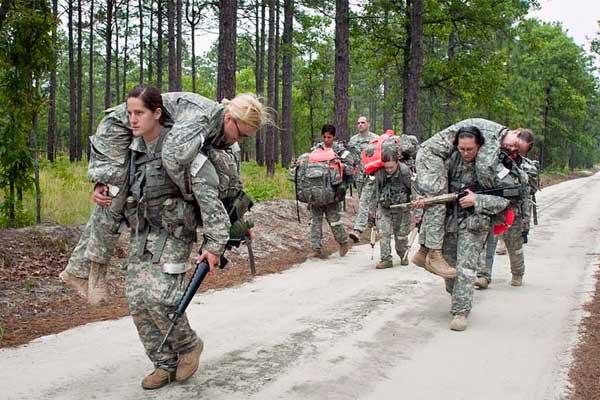 Seeing women active duty in the military is no longer a surprise to the masses. They’ve been serving for decades, but have only recently been able to more properly enlist. In every branch of the military, more and more women are beginning to serve. Let’s take a look at some of those women that have appeared around the globe.

Sometimes, it can be easy to forget that soldiers are just normal people. This ground soldier pictured here wanted to take a quick selfie to show her followers. Even soldiers want to keep their friends, family, and possibly fans, appraised of their situation.

This woman from Swedan has the beauty of a model, but the heart of a soldier. Completely decked out in her country’s uniform, not everyone can handle a rifle, or handle the rigors of combat, but she certainly can.

Fun In The Sun

Sporting an army uniform doesn’t mean that you can’t enjoy some fun in the sun. Our soldiers are on duty almost the entire year, so if they get the chance to take a break, why wouldn’t they enjoy the beach?

Of course, serving in the military means that you’re going to need a lot more than grit and determination. You have to be strong as well. And female soldiers have proven just as capable in that respect in comparison to the men. It’s pretty obvious that this woman has been hitting the gym to better prepare herself for combat.

Looks Can Be Deceiving

Blonde hair, blue eyes, long lashes, she looks like a model in this photo. If you saw her out of her fatigues, your first assumption might be that she was model and not a soldier. This one is an active duty aviation resource manager for an F-16 unit with the USAF.

To conform to uniformity rules in the military, women are often seen with their hair up. It also helps keep hair out of their face while in the middle of combat. However, it’s nice to see them resting every once in a while, with their either up or down.

Our soldiers are all in shape, but it seems as though the reason they stay in shape is because they’re working out even when they’re home. Kathe Lim have been serving the US Navy for four years. Pictured below is her taking a photo of her in her gym clothes, in shape and looking fresh after a workout session.

The female soldiers of the United States are both strong and beautiful, and perhaps the best example of that is Deshauna Barber. A pageant queen, she was crowned Miss District of Columbia, and later Miss USA. She was even the USA’s representative in 2017 for the Miss Universe pageant. A captain of the armed forces, Barber was the only soldier crowned Miss USA to represent the country on a global scale for pageants.

It doesn’t matter how model-like the faces and physiques of the US’s female soldiers are. They are the perfect example of both strength and grace, showing everyone how they symbolize female empowerment and representation in the military.

Stronger Than You Think

You probably wouldn’t think this woman was soldier if you were to just look at her face. But don’t let that fool you. Many of the United States’ female soldiers are starred and awarded military personnel. They’ve experienced a range of dangerous situations during their respective deployments to help protect and serve their country.

Of course, not only US women are eager to serve their country. Pakistan is actually the only predominantly Muslim country that prescribes women’s military service into law. A few other Arab countries considering doing the same are Morocco, Syria, Tunisia, and Egypt.

Dog’s aren’t just a man’s best friend, but a woman’s too. This Norwegian soldier is taking her furry companion for a ride on her jeep. It doesn’t matter what part of the world they’re in, dogs love car rides.

Friendship is important to everyone, but when your comrades in the military you’re bonded for life. This squad of enlisted women show the importance of having downtime with your friends.

Smiling Through The Mask

As we’ve seen earlier, soldiers aren’t serious all the time. Even with her mask on, we can see how big and bright this one’s grin is as she greets one of her companions.

From Fatigues To Dresses

On the frontlines, our female soldiers wear their fatigues. But, when attending some kind of party or formal gathering, they can switch into and dress up like a real world Wonder Woman.

Wherever the stereotype that women can’t drive came from, it’s completely wrong. Of course they can drive, and they can drive military-grade equipment at that. Whether it’s just training or in the middle of combat, they’re more than capable.

Even through the most challenging of times, our soldiers are fighting on the front lines. The pandemic has proven to be a rather difficult time, so why not give a special shout-out to those on-duty trying to protect. Frankly, the mask adds a little bit more character to the uniform.

The parents of these two must be proud of their children. These two siblings both decided to join and serve in the army together.

When out in basic training or simply relaxing, our soldiers wear these T-shirts with the name of the branch of the military they serve under on them. Here we can see one of our female soldiers proudly wearing her ARMY T-shirt.

In Poland, a law was passed in 2004 that required all women with nursing or veterinary college degrees to register for compulsory military service. This allowed women in the country to serve in all branches of the military.

Conscription has been in South Korea since 1957, following the Korean War. Men between the ages of 18 and 28 are required to serve, but women are not. Of course, that doesn’t mean that they can’t serve, as this woman has.

Before and after serving in the armed forces, women can prove themselves to be rather adept socially online. This Air Force veteran is known as @prodigiouspaola and became a social media star known primarily for fashion. Here she shows that the “drab” olive color scheme of the military’s uniforms can look great in the right hands. Other military veterans have become social media stars as well.

This Norwegian officer is another example of a veteran that can double as a model. Her Instagram handle is @juliesletten.

Of course, the Russian military comprises of plenty of women as well. The one pictured here appears to be lost in thought. We can only wonder what it may be that’s running through her mind. But perhaps she wants peace.

Hats Off To Our Women In Uniform

The United States Army, Navy, Air Force, Marines, and Coast Guard have some amazing women, both in and out of uniform. We have great respect for their service and their loyalty in the defense of our country. And hopefully, thanks to them, more women will want to serve in the future.