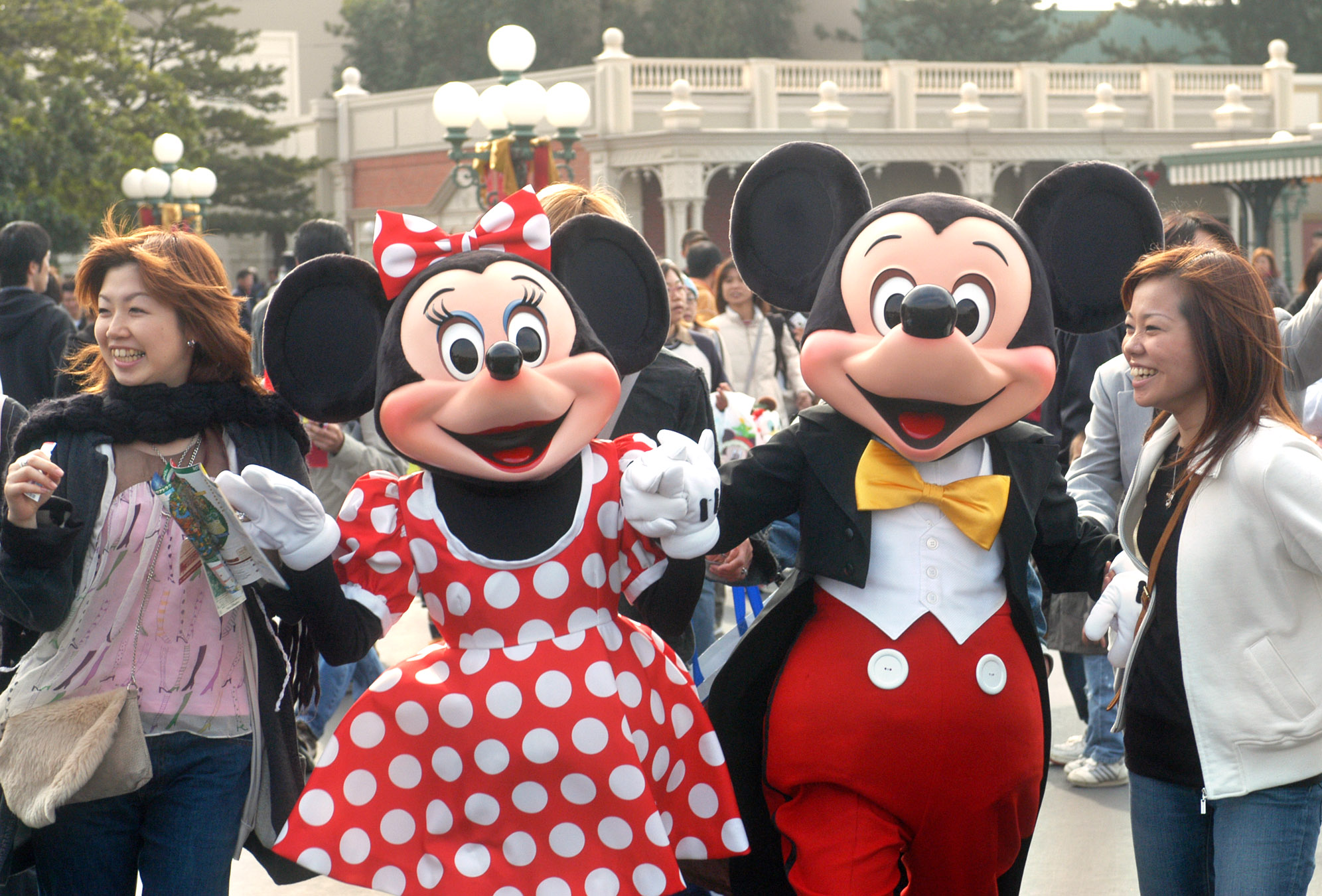 With 12 Disney theme parks across six different resorts around the world, including California, Florida and Paris, there are dozens of attractions to enjoy. Some of them, like Walt Disney World’s Country Bear Jamboree and Space Mountain, have been around for decades, while Disney California Adventure’s Guardians of the Galaxy — Mission: Breakout! and Disneyland’s Millennium Falcon: Smugglers Run have been popular new additions.

Sadly, some can no longer be experienced. These Disney attractions, rides and lands are defunct — or didn’t quite make it to the operational stage in the first place.

Superstar Limo was intended to be a high-speed dark ride with a celebrity theme – specifically, avoiding the less appealing aspects of fame, such as press and crazed fans. After the tragic death of Diana, Princess of Wales, that premise was shelved, and the ride became a lot slower and tamer. Unfortunately, Superstar Limo wasn’t well-received at Disney California Adventure and closed in less than a year, eventually to be replaced by Monsters, Inc. Mike & Sulley to the Rescue!

Disney parks offer a lot more than rides and lands. “Captain EO” was a 3D science fiction film screened at Disney parks from 1986 through 1996. It starred Michael Jackson (and featured two of his songs “We Are Here to Change the World” and “Another Part of Me”), was written by George Lucas and directed by Francis Ford Coppola. Because “Captain EO” featured in-theater effects (lasers, smoke, etc.), it was regarded as one of the first 4D films.

Inspired by the hit movie “Alien,” ExtraTERRORestrial Alien Encounter joined the Magic Kingdom attractions in 1995. (Fun fact: “Star Wars” creator George Lucas was one of the designers.) It’s considered to be one of the most terrifying rides in theme park history. But in 2003, it was removed and replaced with the much less scary Lilo and Stitch attraction.

A long-standing attraction at Tokyo Disneyland was Cinderella Castle Mystery Tour, which ran from 1986 through 2006. A walk-through of the Disney characters we love to hate (i.e. the villains) from the likes of “Snow White,” “Sleeping Beauty” and “Pinocchio,” it culminated in an encounter with the Horned King from the lesser-known 1985 release “The Black Cauldron.”

A gondola lift attraction at Disneyland, The Skyway was designed to transport guests between Fantasyland and Tomorrowland. It opened in June 1956, before the park’s first birthday, and was the first-of-its-kind installation in the United States. The Skyway closed on Nov. 9, 1994, due to metal fatigue after transporting an estimated 150 million guests.

One of Disneyland’s earliest rides was the Rainbow Mountain Stagecoach Ride, which was in Frontierland. It had actual stagecoaches led by real horses going through a (fake) desert. It was great for anyone wanting a more relaxed pace, but it suffered from various issues, including uncooperative horses, toppling coaches and long lines. As a result, the Rainbow Mountain Stagecoach Ride was short-lived, opening in the mid-’50s and closing in 1959.

Howdy folks! Today we take a #TBT look at Rainbow Caverns Mine Train which opened on July 2, 1956! pic.twitter.com/Eg4v1fOlHz

Another early Frontierland ride was the Rainbow Caverns Mine Train, which took passengers through illuminated caverns. It opened in July 1956 and in 1960 turned into Mine Train Through Nature’s Wonderland. In 1979, it gave way to Big Thunder Mountain Railroad, but some evidence of the Mine Train remains – in the line for Big Thunder Mountain, there are pieces from a town that were part of the old ride.

Tomorrowland’s Flying Saucers looked like bumper cars but hovered above the ground thanks to air vents in the large metal floor and technology developed especially for the ride. The Flying Saucer fun only lasted for five years (1961-1966) at Disneyland, partly due to the high operational expense and intensive maintenance. When New Tomorrowland opened in 1967, the Tomorrowland Stage took over the Flying Saucer space.

Ellen’s Energy Adventure could be found in Future World at Epcot, at Disney World in Florida. It started life as The Universe of Energy in 1982, and was renamed when Ellen DeGeneres became part of the show in 1996. Until 2017, guests were able to accompany DeGeneres (and her friend Bill Nye the Science Guy) as they went in search of the origin of energy.

If You Had Wings

On a high school trip to Florida in the 80's we rode "If You Had Wings" 5 times in a row because it was the only ride without a line. I think I have a grudging respect for Eastern.

Flying is a common theme at Disney. Between 1972 and 1987, Walt Disney World’s Magic Kingdom offered a ride (sponsored by Eastern Airlines) called If You Had Wings. From Tomorrowland, passengers “flew” around the world, visiting Bermuda, Mexico and Puerto Rico.

In 1987, Eastern Airlines stopped sponsoring If You Had Wings and its name was changed to If You Could Fly. Only two years later, it got another sponsor (and name change). Delta Dreamflight didn’t stray too far from the original premise, but it had a focus on aviation. When Delta dropped its sponsorship in 1996, the ride got yet another name: Disney’s Take Flight! However, it was short-lived, closing in 1998.

Horizons was a good ride that would've wound up being hopelessly dated like all the other Epcot attractions. The only Epcot attraction that was ever timeless was Journey Into Imagination.

From its debut in 1983, Horizons was a hugely popular ride at Epcot. Guests rode through 24 animatronic, futuristic sets, and were able to vote at the end on how they wanted to return home – through a space, desert or ocean scene. Horizon ended its run in 1999 and Mission: SPACE can now be found in its place. But it remains a firm fan favorite.

Rocket Rods was fast, thrilling and short-lived. For about three years, guests at Disneyland could enjoy the futuristic rapid transit system, which opened in 1998 as part of the New Tomorrowland project. Unfortunately, it used an old track that was designed for the (much slower) People Mover ride, which resulted in frequent breakdowns.

This day in 1967, Guests traveled through a mighty microscope to Adventure Thru Inner Space in Tomorrowland! Check out this #DisneyHistory. pic.twitter.com/pGI6DOk7Pp

For nearly 20 years, Disneyland visitors could “shrink” during their Adventure Thru Inner Space. In fact, the ride replaced them with 8-inch replicas on screens, but it was still super fun to travel to a giant, dark microscope, as you can see in this video Disneyland Today shared. It closed in 1985 to make way for Disney and George Lucas’s new Star Tours attraction, which opened in early 1987.

The motion-simulator ride Body Wars could be found at Epcot’s Wonders of Life Pavilion from 1989 until Jan. 1, 2007. A dynamic journey through the human body was accompanied by a video of the jaunt, meaning it wasn’t one for anyone prone to motion sickness. Body Wars was Epcot’s first thrill attraction.

An Epcot boat-ride attraction, Maelstrom was a journey through a history of Norway on Viking ships. (The term “history” is used loosed, as there’s no evidence of three-headed trolls in Norway.) Maelstrom ran from 1988 through 2014, when it was replaced by a new “Frozen” attraction.

The Great Movie Ride was part of Walt Disney World’s Hollywood Studios from 1989 through 2017. Guests traveled through scenes from 12 hit movies, including “The Wizard of Oz,” “Alien,” “Mary Poppins” and “A Clockwork Orange.” The drama came courtesy of a live actor hijacking the ride. Fans were devastated when The Great Movie Ride closed in 2017, to be later replaced with a dark Mickey Mouse-themed ride.

Rocket to the Moon

Flight to the Moon became Mission to Mars in 1975, adding new elements to the existing animatronics and a brand-new destination – the red planet. By the early ’90s it had lost its appeal and was shut down. But the Mission to Mars story doesn’t end there. In 2000, a movie based on the attraction, directed by Brian DePalma, was released.

Holidayland was just outside of Disneyland — a 9-acre area with picnic spots, sports fields, playgrounds, concessions (including beer, which wasn’t sold in Disneyland itself) and a large tent for entertainment shows. It was there for guests’ enjoyment from 1957 through 1961, and is now often called the “lost” land of Disneyland. According to Milt Albright, Holidayland’s manager, “It wasn’t any one thing that killed Holidayland. It was just the combined effect of a whole lot of things.”

Honey, I Shrunk The Audience!

Camp Minnie-Mickey was always intended to be a short-term attraction, a stopgap until the Beastly Kingdom was ready. However, the woodland-themed Camp Minnie-Mickey, home to Festival of the Lion King, ended up part of the Animal Kingdom Theme Park from 1998 through 2014. It closed in January 2014 to make way for Pandora: The World of Avatar.

Some Disney attractions didn’t even get a chance to become defunct. Beastly Kingdom was a world that never was. Intended for Disney’s Animal Kingdom, this mythological land featured “good” and “evil” creatures and attractions, including the Quest of the Unicorn and the Dragon’s Tower. Several attempts to revive the concept over the years have never come to fruition, and it was eventually scrapped.

As a kid, I remember being afraid of Monstro the Whale, looming over Storybook Land Canal Boats. Tonight, however, he looks beautiful surrounded by bright florals. Love that this attraction transports you to the homes of happily ever afters. -Tina #DisneyCastLife pic.twitter.com/Xrirxmnwji

Another land that never became a land was Lilliputian Land. Thanks to a map drawn in 1953, we know that Walt Disney wanted part of Disneyland to be based on a section of the book “Gulliver’s Travels.” The idea was that everything would be made to look tiny, meaning guests would feel like giants.