Cars From The 90s That Are Dirt Cheap Today 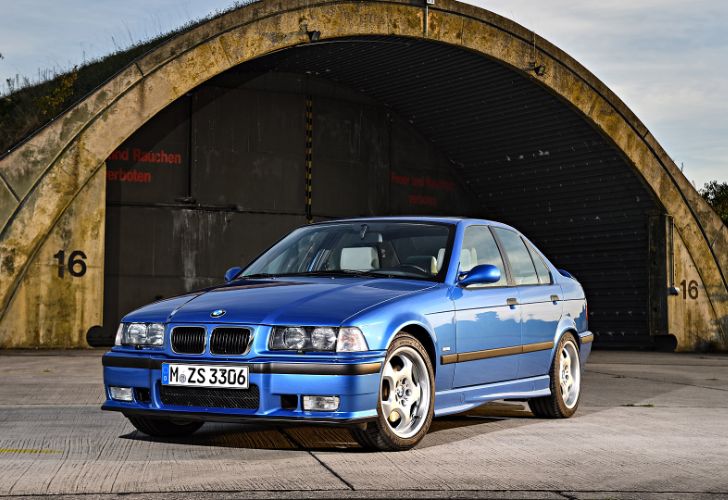 The 90s were an interesting time. People often have “throwbacks” to that time period, with clothes and other entertainment pieces that came out during that era. But people don’t talk as often about the interesting cars. And you can actually get quite a few of them for dirt cheap nowadays. And they’re not exactly in bad shape either.

The Lexus, made by Toyota, kicked off a series of designs that sold high and were highly revered. One of those models was the classic LS 400. The firs of these cars sold for around $40,000. Adjusted for inflation, that’s around $79,000. Although, now it’s pretty cheap on the open market. You can get the LS 400 for $5,000 or less.

The 944 Turbo wasn’t the most popular of Porsche’s models back in the day. And it wasn’t a particularly economical purchase as well, even as far as luxury vehicles go. However, in the present it’s lost a lot of value. You can get this model for anything below $5,000. However, interest sparked by collectors seems to be driving the price back up.

The Cadillac Allanté was a well-known car back in the 90s. It was well-liked with a sporty build and nice interior design, but it was not cheap. The Allanté nowadays goes for around $10,000. While still a bit on the expensive side, that’s still quite the steal in comparison to when it first went on sale. The brand itself has been revived a bit due to interest from car collectors.

The Brooklands was an exotic, luxury vehicle from the 90s. Despite being worth $156,000 back in the day it was still the cheapest Bentley at the time. The Brooklands is still pretty expensive now, at $30,000, but that’s still a massive dip in the price.

The M5 was known as an exquisite BMW. Back in the 90s a new M5 would go for around $100,000. Well, the car’s since had an 85 percent decrease in price on the secondary market. That’s right, you can get one for $15,000 nowadays. That’s because of the newer and better improved BMW models on the market today.

The SL500 was a real luxury-class vehicle made by Mercedes-Benz. In 1990 though, getting one would cost you $90,000. And that’s around $160,000 adjusted for inflation. Nowadays if you were to try to get this model, you’d be more likely to spend between $10,000 – $12,000. Depending on your negotiating skills you could probably get it for even cheaper. Albeit, the SL still sells pretty highly in third-world countries.

Mustang SVT Cobra was perhaps one of the best Fords to hit the auto industry, at least in the 90s. And back then it would go for around $60,000. Not exactly a cheap number, but way lower than a lot of these other luxury vehicles. Its effectiveness though led to a slightly lower price drop, comparatively speaking. You can now get one for a little under $15,000.

The Porsche Boxster was pretty expensive in the 90s. It was a beautiful car after all. There are newer versions of the Boxster out now, but trying to get them is incredibly difficult, even for luxury car buyers. However, the 90s model’s price tag has dropped ten times less than it was originally to around $10,000. It’d be quite the steal, comparatively speaking.

Even people that don’t like cars know that Aston Martin sells high-quality luxury vehicles. Well, would you like a DB7. It used to cost $300,000, and that’s without inflation adjustments. Thirty years later, you can feel like a wealthy person for just $40,000. Demand for the cars have dropped considerably, so you won’t be having to pay through the nose to get one.

The Chevy Corvette ZR1 is certainly still considered a luxury car. Although this model lacks the same features of newer models. At its time of release, this car was one of the most expensive ones on the market. But on the secondary market, you can now get it for only $20,000. And the price is likely to just keep dropping.

Also known as the Dodge Stealth, the Mitsubishi 3000GT was a sports car sold between 1990 and 1996. It’s also pretty reliable, still being driven by some people today. Adjusted for inflation, its price is around $40,000 in today’s money. While a relatively affordable vehicle of the time the price has only continued to go down. Now they’re worth as little as $5,000.

The Audi A8 sold incredibly well in the 90s and was considered a high-end design. You can still spot used versions of the car in fair amounts in some regions. It had a nice aesthetic, but also sold for a big price. But now you can get one as cheaply as $15,000.

The Nissan 300ZX had all the prestige and class of an expensive car. And it was well-liked by car enthusiasts. And because of its popularity it was sold for a pretty how price. But now, that price has gone down, to as little as $10,000. It’s still a strong and durable car still in use, so you’ll definitely be getting your money’s worth.

Lotus isn’t a brand very well-known in the United States, but it’s still one you might like to look at if you’re into luxury vehicles. Adjusted for inflation, the car would cost $60,000 today in comparison to when it was released. However, the value of the Esprit has dropped considerably. Now it’s worth $20,000. Still a bit on the higher end as far as cars go on this list, but nowhere near the exorbitant prices of other vehicles. That may have to do with the Esprit’s limited availability in the United States.

Back when it was sold at its prime, the Mercedes-Benz S500 sold at a high price. And why wouldn’t it? It was a great and reliable car. But in the present, the price has dropped pretty low. You can now get one for around $10,000. And it’s still a rather effective product from the car company.

The Nissan Skyline GT-R wasn’t your average car. As a matter of fact, it was one of the most expensive of them all upon its release. Although failure to meet safety standards in the United States actually led to get it getting banned. After decades, the car’s price has now dropped to a much more affordable $20,000.

The Acura NSX was one of the ruling cars of the 90s. It was priced at $80,000 upon release, which is $140,000 when adjusted for inflation. Yet, it was still one of the more affordable vehicles upon released. Since then, the price has been cut dramatically, to only $40,000 on the secondary market. Still a little expensive, but it is a reliable car after all.

E30 doesn’t have all the other automated functions of modern BMWs, but sometimes that’s just not what you’re looking for. It was pretty cheap when it was first released to0, at around $30,000. That’s $50,000 when adjusted for inflation. And now, if you want one, it’s as little as $10,000. A cheap, yet affordable, classic.

The Jaguar brand rarely ever made a competitive model in the 90s, but was still popular in the car industry. The XJS in particular is still considered a class. Which is why it’s so great that you can get one today for as little as $6,500. A real decrease in comparison to its original, high rate.

SAAB automobiles are intended to carry the same look and feel as cars from the mid-1990s. This particular model was actually released in the 1970s. On the secondary market, the SAAB 900 can go for around $5,000. A pretty low amount for something considered a classic. Some might even consider it priceless.

The Carrado was considered at the top of its game in 1992. People were really interested in the car and it sold at a really high price. But now, this beauty could be yours for only $5,000. It might be more expensive in other locations, but will still be an overall inexpensive buy.

The Toyota Land Cruiser was a well-equipped, well-liked SUV on the floor between 1990 to 1997. It was durable and had many capabilities. Not to mention, vintage. So you may be surprised to find out if you want one, it’ll only cost you $6,000 in the secondary market. It does fall short of certain standards for interior design and overall aesthetics.

The Mazda MX-5 is a two-passenger car, designed to be economical in every regard. Throughout the 90s it was an affordable, yet luxurious, car. And in the present, it goes for $4,000 on the secondary market. There was a major drop in demand after all.

Subaru made the Alcyone SVX model between 1991 and 1996. It was a popular car at the time, known for its all-wheel-drive feature. It was a luxurious, yet high-performance vehicle. But due to its reduced production, the price has gone down. The Alcyone SVX not only goes for $5,000 on the secondary market.