Car Brands That No Longer Exist - The Delite Skip to content

Car Brands That No Longer Exist 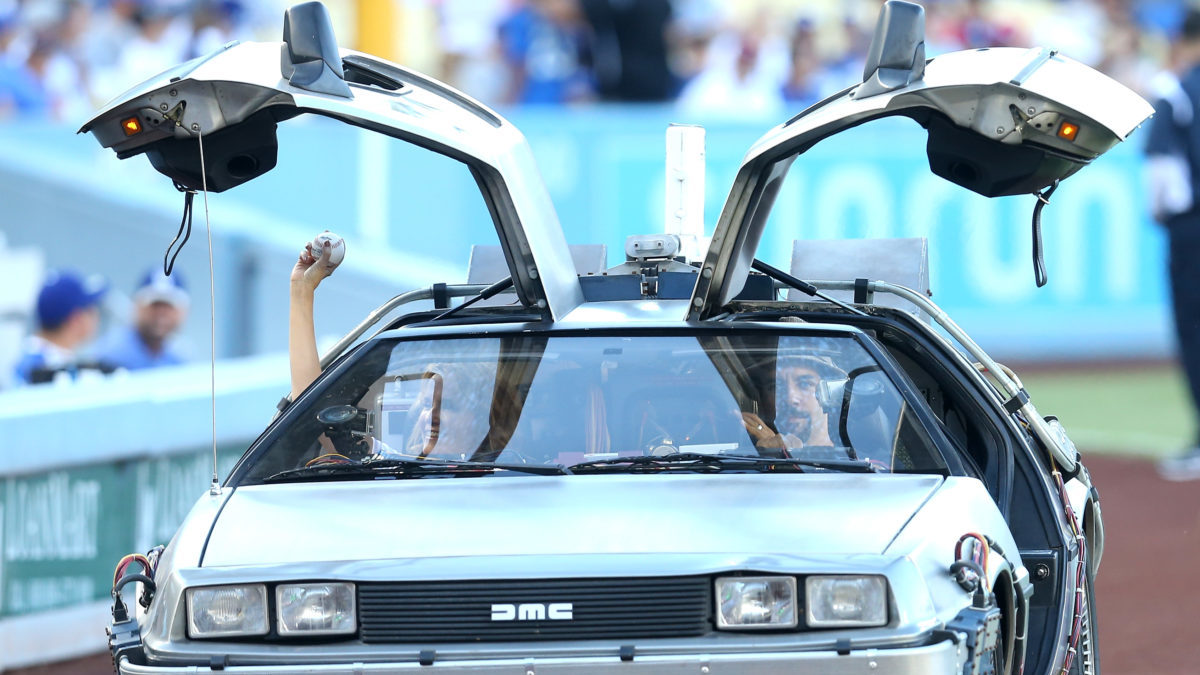 Although some car manufacturers like General Motors have been around for over a hundred years, not every automotive brand has been so lucky. Some car lines now exist solely in history books due to circumstances like bankruptcy, acquisition or financial struggle.

From recently dissolved American brands like Pontiac and Saturn to ones that only your grandparents are likely to remember, here are the most memorable car brands that are now defunct.

In 1928, automotive executive Walter P. Chrysler created Plymouth, one of several car brands under the umbrella of his company the Chrysler Corporation, as a low-cost alternative to more expensive cars on the market. However, the brand stopped production in 2001, and the company transferred its designs to other brands like Dodge and Chrysler.

For a time, Pontiac was a popular American car brand. Owned by General Motors, the brand launched in 1926 and was famous for its Firebird, Grand Prix and Solstice cars, among others. However, following the recession, GM discontinued the line in 2010.

The Swedish luxury car brand Saab was first introduced to the world in 1945 and had multiple owners during its lifetime. In 2002, Saab was acquired by General Motors, which tried the revive the car brand but later auctioned it off in 2010. The company eventually filed for bankruptcy and its name was licensed to a Chinese company that decided to launch a car brand with a different name.

Similar to Plymouth and Oldsmobile, the idea for the Mercury brand was hatched in 1938 by the Ford Motor Company founder Edsel Ford as a way to attract entry-level consumers. Some of the more notable Mercury cars were the Mercury Cougar, the Sable and the Capri hatchback. However, the brand was shut down in 2010 due to its lack of profitability.

Before its demise, Oldsmobile was one of the oldest car brands in the world. Olds Motor Vehicle Co. first started manufacturing the cars in 1897. In 1908, General Motors acquired the company and took over production of the Oldsmobile line of vehicles before shutting it down in 2004.

The Hummer car brand first debuted in 1992, when its parent company AM General began producing a mass-market version of the Humvee, a military SUV. The vehicle’s design won over celebrity fans like Arnold Schwarzenegger. In 1999, the company sold the rights to the name to General Motors. However, GM discontinued the line in 2009, the same year that the company also filed for bankruptcy.

As a car brand, American Suzuki closed down its U.S. operations in 2013, after filing for bankruptcy. The company blamed slow sales for its failure. However, its parent company still operates in Japan.

The Saturn Corporation was created in 1985 as a subsidiary of General Motors. Among the cars it sold were the Saturn ION sedan as well as the Saturn Sky roadster. However, after a failed attempt to sell the Saturn brand, General Motors ceased operations of it in 2010.

With Scion, the Toyota Motor Corporation tried to create a car brand that would appeal to young shoppers. The company launched Scion as a marquee brand in 2003 and introduced models like the compact Scion xB and sporty Scion tC. However, faced with stiff competition, Toyota decided to phase out Scion and its cars in 2016.

Although you may have heard the phrase “Checker cab” before, you might not realize that Checker referred to the car brand and not just the distinctive design of vintage yellow taxis. The Checker Motors Corporation reportedly existed between 1922 and 2009 when it filed for Chapter 11 bankruptcy. However, it’s possible that the company may be coming back.

Established in 1852, the Studebaker Corp. started as a blacksmith shop owned by brothers. The company manufactured horse carriages before switching to cars at the turn of the century. Studebaker continued as a car brand until 1966 when, faced with lower-priced competition, they shut their doors.

As a brand, Isuzu made a name in the U.S. for selling and even popularizing SUVs. The Japanese company sold passenger vehicles for almost three decades in the U.S. However, once other manufacturers started producing SUVs as well, Isuzu’s sales slowed, and the company decided to end its American passenger vehicle operations in 2009.

The Willys-Overland Company is credited for building the very first Jeeps. The company was formed in 1908 and manufactured passenger vehicles before landing a government contract to produce military vehicles for World War II. Those vehicles would come to be known as Jeeps.

AMC, also known as the American Motor Corp., was formed in the 1950s after the merger of two existing car manufacturers. Presidential candidate Mitt Romney’s father, George Romney, was the company’s first chairman and president and stayed until 1962, leading the company to focus on compact and fuel-efficient cars. Sadly, the company shuttered around 1987.

Packard, the automobile brand, has been gone for more than half a century. The company produced its final car in 1953 before being acquired by AMC. During the 50-plus years the company was in business, it focused on producing some very beautiful (and very pricey) cars.

The Chrysler Corporation, led by founder Walter Chrysler, created DeSoto as a division of Chrysler. From 1928 to 1960, DeSoto created memorable midcentury-style mid-priced cars. However, the 1958 recession greatly impacted the marquee’s viability and the division was ultimately terminated.

After Chrysler acquired AMC in 1987, the company created the Eagle car brand. The marquee only lasted from the late 1980s until the late 1990s when Chrysler shut it down. During its brief time, the brand gave the world cars like the on-theme Eagle Talon and the Eagle Summit.

Although the Ford Motor Company has had a lot of success as a company, it’s also had its share of flops, including its Edsel car brand. For just two short years between 1958 and 1960, the Edsel brand produced eight different models of car. However, after poor sales, it was deemed a failure and discontinued by Ford.

The Studebaker Avanti car was a popular model of its 1960s era. In fact, after the company shut down, the rights and parts for the vehicle were acquired by the newly formed Avanti Motor Company that began producing the “Avanti II.” Although the owners changed multiple times, the company continued to exist in some form until around 2006.

You may be familiar with U.K.-based Rover Company’s most famous car, the Land Rover. The company was formed in 1878 and began manufacturing the off-road vehicle from 1948 until it became its own brand. Now, while the Rover brand no longer produces cars, its intellectual property is owned by its automaker Jaguar Land Rover.

The small auto company, Tucker Corporation, was the brainchild of Preston Tucker. The entrepreneur had originally formed an aviation company in the 1940s, but sensing an opening in the auto market, decided to design and produce his own model car. However, the small company only ended up manufacturing a total of 50 cars and was entangled in an SEC investigation that ultimately led to the demise of the company.

What started as the collaboration between two automobile executives in 1947 ended up becoming the modern-day brand that we know as Kaiser Jeep. However, Kaiser-Frazer itself only existed for a handful of years before being renamed, bought and merged. Still, it reportedly holds the distinction of being the only new car company to be successful in the immediate years following World War II.

Immortalized as the time-travel machine in the movie franchise “Back to the Future,” the DeLorean Motor Company only existed for a brief amount of time in the late 1970s and 1980s. Founded by former General Motors engineer John DeLorean, the company only produced one model of car, the DMC-12, that had distinctive upward-swinging doors.

However, the company declared bankruptcy in 1982, the same year that John DeLorean was arrested on drug trafficking charges. He was later cleared of the charges and passed away in 2005.

Not unlike others on this list, the Rambler was a popular car brand that had multiple owners during the course of its existence. The first Rambler car was reportedly created by the Thomas B. Jeffery Company sometime in the early 1900s. That company was later purchased and renamed and after other mergers eventually became the American Motors Corp. The last Rambler car was sold by AMC in 1969 before being discontinued.

In 1993, Mosler Automotive first went into business, after previously existing as part of the Florida-based company Consulier Industries. It released a dozen or so cars, including sports cars like the Raptor and MT900. It was shut down in 2013 after being acquired by another company.