A Haunted House So Scary, No One Has Ever Finished It - The Delite Skip to content

A Haunted House So Scary, No One Has Ever Finished It 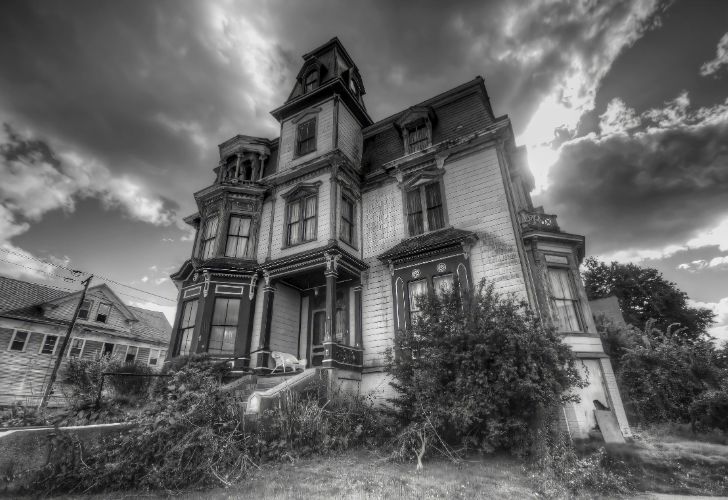 Do you like checking out haunted houses? Do you like the rush of adrenaline as fear seeps into your very being? Do you want to win $20,000? If you checked yes on all three of those, you still probably shouldn’t go to this haunted house. It is one of the scariest, most psychologically damaging haunted houses of all time. While considered a pioneer in “extreme” haunted houses, other franchises don’t even consider this location an actual haunted house. It’s terrifying, painful, and people wonder how it’s still legally able to operate. Some of the images taken from the attraction are so shocking, they won’t even be used in this article. What this place does to you is indescribably terrifying. But we’ll do our best!

Welcome to MaKamey Manor. A self-styled “extreme” haunted house and known as the scariest haunted house in the world. It was named after its creator, Russ McKamey. The original location was on McKamey’s property in San Diego, but has since be relocated to Summertown, Tennessee.

If you want to go into McKamey Manor, there’s an extensive vetting process. You have to pass a physical exam, be vetted online, pass a background check, pass a drug test, and have proof of medical insurance. But even if you get through all of that, there’s an extensive waitlist. Despite operating year-round, it’s got a waitlist of 24,000 people. They only accept a few people into the house on the weekend anyway.

After you’re vetted, however, you need to sign a waiver. And not just any waiver. It’s 40 pages long and needs to be read out loud. Accompanying it, you’ll also need a doctor’s note. The waiver lists possible scenarios you could encounter in McKamey Manor, and you’re allowed to pick two you won’t be subjected to.

And lastly, there’s a video you’ll need to watch. It’s two hours long and includes testimonials from different people that have been subjected to McKamey House. And they all say the same thing: don’t go into the house. But if you still really want to at this point, you’ll be allowed in.

When McKamey Manor was first opened, Russ McKamey was confident in the scariness of his house. So scary in fact that he put up a $20,000 prize for anyone that could complete it. There was also a variety called Desolation. It was a puzzle solving event where every failed puzzle or swear word uttered would subtract $500 from the prize money. However, the money was really attracting all the “crazies”, so McKamey decided to get rid of it.

One of the reasons that people haven’t been able to finish the haunted house is because of how long it takes to do. It’s eight hours of utter terror, ten hours for the Desolation variety. And some people can’t even last the first few minutes.

Of some of the many scenarios you could experience, many of them aren’t just visually terrifying, but psychologically scarring. You can be waterboarded, forced to eat or drink unknown substances, bound and gagged, and forced to undergo other forms of physical and psychological torture.

Sometimes, they’ll even inject you with some kind of drugs. The physical punishment that you undergo is impossible to handle. It really doesn’t feel like they’re even just trying to scare you, as much as they actually want to hurt you. There’s a reason it’s considered an “extreme” haunted house.

According to McKamey, himself, the reason they’re able to get these kinds of effects is by subjecting the patrons to hypnosis. They aren’t exactly getting tortured, at least not as badly as one may perceive, but can easily be made to believe certain things are going on. McKamey even said they can make someone believe they’re being attacked by a shark in an inch of water.

Of course, with no one ever having finished the haunted house there has to be a way out. Even if, as a part of the waiver, you’re not allowed to leave until staff says you can, they’ve started using safe words because of how intense things could get. However, even shouting your safe word may not get you out immediately. One women was reported to repeat her safe word over and over, but the staff didn’t stop torturing her for several minutes afterwards.

The Legality Of It All

Even with a waiver, with all the torture going on at McKamey Manor it makes you wonder how they’re legally allowed to stay open. It seems particularly dangerous and painful. The testimonials of people that have been through it make it sound less like a haunted house and more like a torture chamber.

One situation saw a woman getting pulled out of a van. Authorities were called, but it was revealed this was all a stunt for McKamey Manor. Legal or not, the citizens of Summertown had begun to get fed up with the activities happening in their neighborhood.

Not just the citizens of Summertown too. 170,000 people signed a Change.org petition in relation to the McKamey Manor. And they all came to the conclusion: that the manor was a veiled torture chamber and not a horror attraction. One man had even passed out repeatedly while being subjected to punishment, and staff only stopped when they thought they had killed him.

Russ McKamey’s been adamant about defending his business. He’s denied that it’s anything less than an extreme haunted house. He considers himself rather conservative and that, in his eyes, he just runs a crazy haunted house and not a torture chamber. To further solidify his alibi, he films all of the patrons and posts them on his YouTube channel.

The McKamey Manor has proven to be quite the controversial location. And it has even been covered in documentaries before, such as Haunters: The Art of the Scare and the Netflix series Dark Tourist. McKamey Manor will always be a scary place. And it’s true that not everyone can handle it.