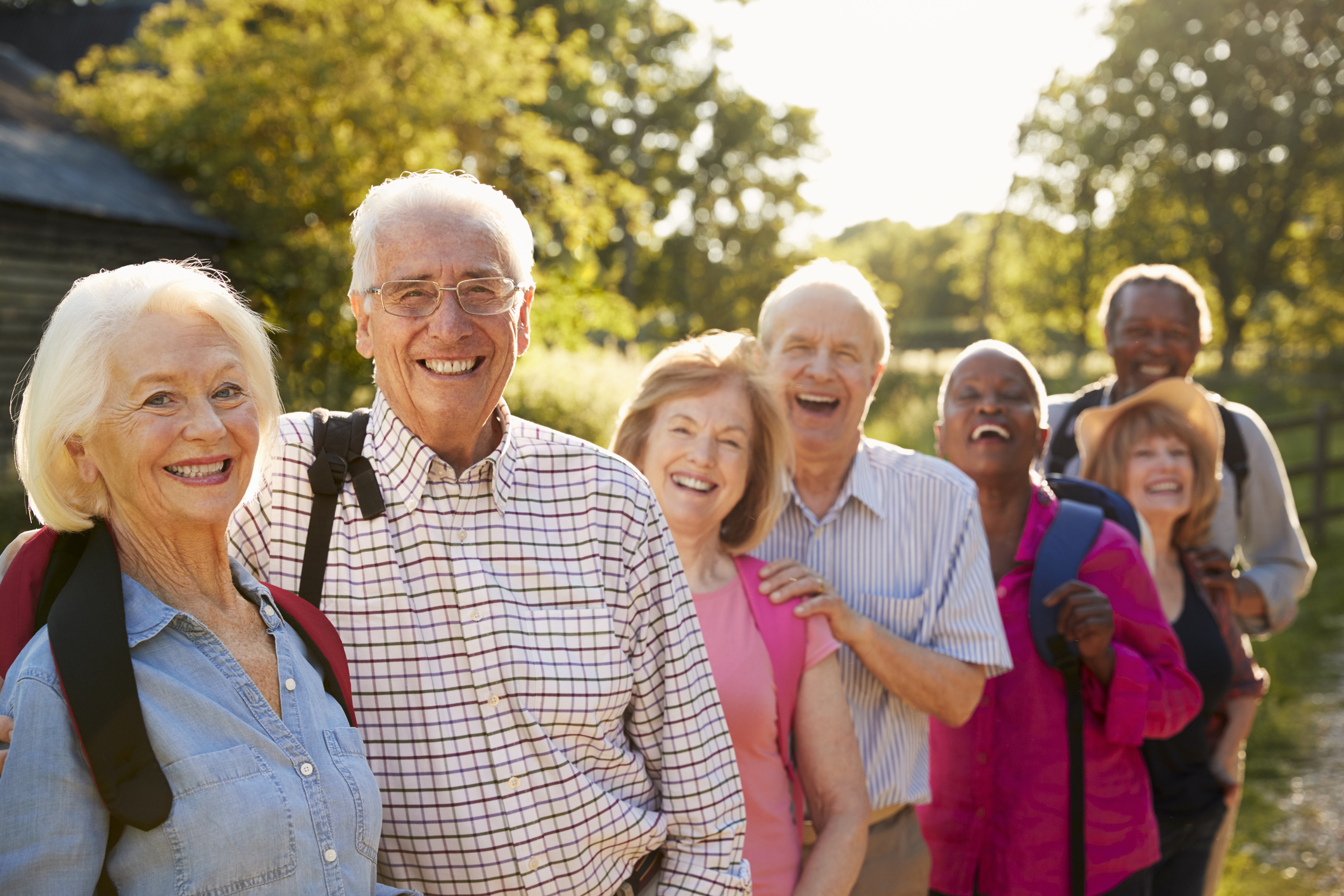 There are plenty of memes and jokes made about different generations at each generations’ expense. However, there are some things that older generations still do that are legitimately strange or just uncool, at least in the current zeitgeist. Here are 25 uncool and bizarre things that Baby Boomers still do.

Racquetball isn’t a very commonly thought of sport. It’s sort of like golf, in that mostly older people play it. However, this sport’s not nearly as popular. It just features two people taking turns hitting a ball against a wall using racquets. It at least doesn’t sound that entertaining. Honestly, while not that cool, it’s certainly the least strange thing on this list.

Have you ever seen just a random bowl in your grandparent’s house that just has plant-looking stuff in it. That’s a potpourri bowl. They’re a really strange form of interior decorating. All they really do is take up space, even if it’s not that much. They may have looked nice at some point, but they look more tacky than anything nowadays.

There’s not really much of an issue wanting to stay well-informed and watching the news. The problem is that 24-hour news stations seem to have an intrinsic bias. They also just try to fill up air with anything they can. There’s plenty of breaking news, but you don’t need to watch one of these stations in order to get it.

Did you know that these even still existed? Some younger people probably don’t even know that these stations exist. Since a lot of people are switching from cable to streaming services, these have become even more unused. However, even if you do still use cable, you probably don’t even know what station these channels are on. Just goes to show how unimportant they are, and how Baby Boomers are the only ones keeping them afloat.

It seems as though Reader’s Digest is on its way out the door. It’s not nearly as popular as it once was and has been on the decline since at least 2013. It was the most popular general-interest magazine back in the day, but it’s lost most of its subscribers. The people keeping it afloat seem to be Baby Boomers.

Remember potpourri on this list earlier? Well, fine china and other knick knacks like that also go on this list. It’s just another useless item that’s just used for decoration. The funny thing with china is that it actually has a use (eating food off of it), you’re just not supposed to use it for that.

This is actually worse than the home-shopping channels. At least on those you can buy the stuff immediately. Only Baby Boomers would wait a week to get a shopping catalogue. Then wait longer for the items they ultimately decide to purchase to be mailed to them. Or maybe they actually drive out to go buy what they wanted. It doesn’t make a lot of sense in this day and age.

There’s not really anything wrong with enjoying eating at a chain restaurant. The strange part is that a lot of Baby Boomers treat these restaurants like the epitome of fine dining. Going to these restaurants shouldn’t exactly be a treat, even if the food’s good.

Again, nothing wrong with eating processed foods if that’s what you like to eat. But Baby Boomers seem to be unaware of how bad they can be for you. They grew up in an era where the danger of preservatives to one’s health wasn’t commonly known, so it’s at least somewhat understandable. But now they act like it’s not an issue at all.

Not much else really has to be said. It’s Yahoo. Yahoo’s essentially the poor man’s Google. Google can do everything Yahoo can but better. Yet, Yahoo is still commonly used by Baby Boomers. They’re probably not the only thing keeping Yahoo afloat, but they’re certainly helping a lot.

Everybody loves toast. There’s nothing wrong with toast. So why is it on this list? Well, that’s because Baby Boomers eat it dry. Dry as in, not even a slab of butter to soften the bread up. Not all of them mind you, but enough. And some Baby Boomers make fun of younger generations for things like avocado toast. At least that has some flavor.

If you don’t know what Mrs. Dash is, don’t worry, you’re not alone. It’s a seasoning that combines onion, pepper, thyme, and parsley, among other things. And Baby Boomers user it constantly. It certainly adds flavor to a meal, if that meal didn’t have any flavor on it to begin with.

Most people prefer just clean walls and paneling for decoration nowadays. But if you go into a Baby Boomers’ house, you’ll probably find some strange wallpaper. It’s just tacky now and people need to stop using it.

Toilet seat covers seem to be used for people that like to sit on top of the seat when not going to the bathroom. And that would be understandable… if people actually sat on the top of toilet seats. This might have happened in the past, but it certainly doesn’t anymore. And you can still find plenty of toilets that have these fluffy coverings on top of their seats.

The infomercial is the one-and-done type of variation of the home-shopping channel. They throw a bunch of mindless chatter at you and offer you a “reduced price” if you call as soon as you see the ad. If you look up infomercials now, you’ll see a few articles talking about how infomercials are on their way out. But Baby Boomers have been helping to stave off their inevitable demise for quite some time.

If you don’t like salads, perhaps your parent (or your grandparent) is a Baby Boomer that served you one. They just make such weird combinations of vegetables and condiments. There’s actually a list of several historical salads no one makes today (or should), and mayo on lettuce certainly gives off that same vibe.

This is mostly in relation to make-up scams. Also known as pyramid schemes, MLMs are actually illegal. They involve selling a product to people under you, who in turn sell the product to those below them to distribute. Most of the money is gained not from actually selling the product to customers, but to lower-ranked distributors. And there aren’t enough people in the world for you to sell enough to make a profit. Yet, Baby Boomers can get enchanted by the floaty talk of entrepreneurship and find themselves in big trouble.

Throw pillows are another one of those household items that really don’t do much more than decorate a piece of furniture. Things can get really excessive when a Baby Boomer uses more than 15 to decorate their coach. They’re not even that useful as actual pillows, so all they’re really doing is taking up space.

Metal Detecting isn’t a very popular craze, but it seems to be most popular amongst Baby Boomers. Looking for buried treasure or something else seems so childish, and it can certainly bother plenty of other people nearby.

Again, using fossil fuels isn’t that big a deal, especially without a widespread alternative. The thing is just that Baby Boomers have a greater lack of awareness as to how much their overuse is negatively affecting the environment.

As mentioned earlier, a lot of people are switching more so to streaming. A lot of younger people probably only have a television for video games, if they have one at all. But Baby Boomers still use the full cable package.

Typing In All Caps

Baby Boomers are an older generation, so, when they text, they text in all caps. Normally all caps texts are used to denote that one’s speaking loudly. When a Baby Boomer does it, it just makes the text larger so that they can see better. This may have been more acceptable in the past, but now, if you have a smart phone, you can just zoom in on the messages.

Isn’t it just difficult to keep track of so many bills and other forms of paperwork? A lot of people took to keeping this information stored digitally, so that it’s easier to look up. Not Baby Boomers though. They decided to keep the piles and piles of documents. It could be that they just don’t trust certain electronics or that they don’t understand them. Or maybe they just don’t want to change anything. Regardless of their reasons, it seems as though they took the most difficult path.

Emails are generally used for communication between business partners and for school. Some people just use them for sending documents. But Baby Boomers will send you an email for any reason. Sometimes they’ll do it just to say “hi”. Texting is for chatting, emails are for important stuff.

Sometimes, you need to iron out your clothes before a meeting so you can look your best. That’s okay. Baby Boomers seem to iron almost religiously. Before bed, after waking up, it’s almost surprising their clothes don’t have more iron burns. And they’ll iron clothes that aren’t quite as nice too, like T-shirts.