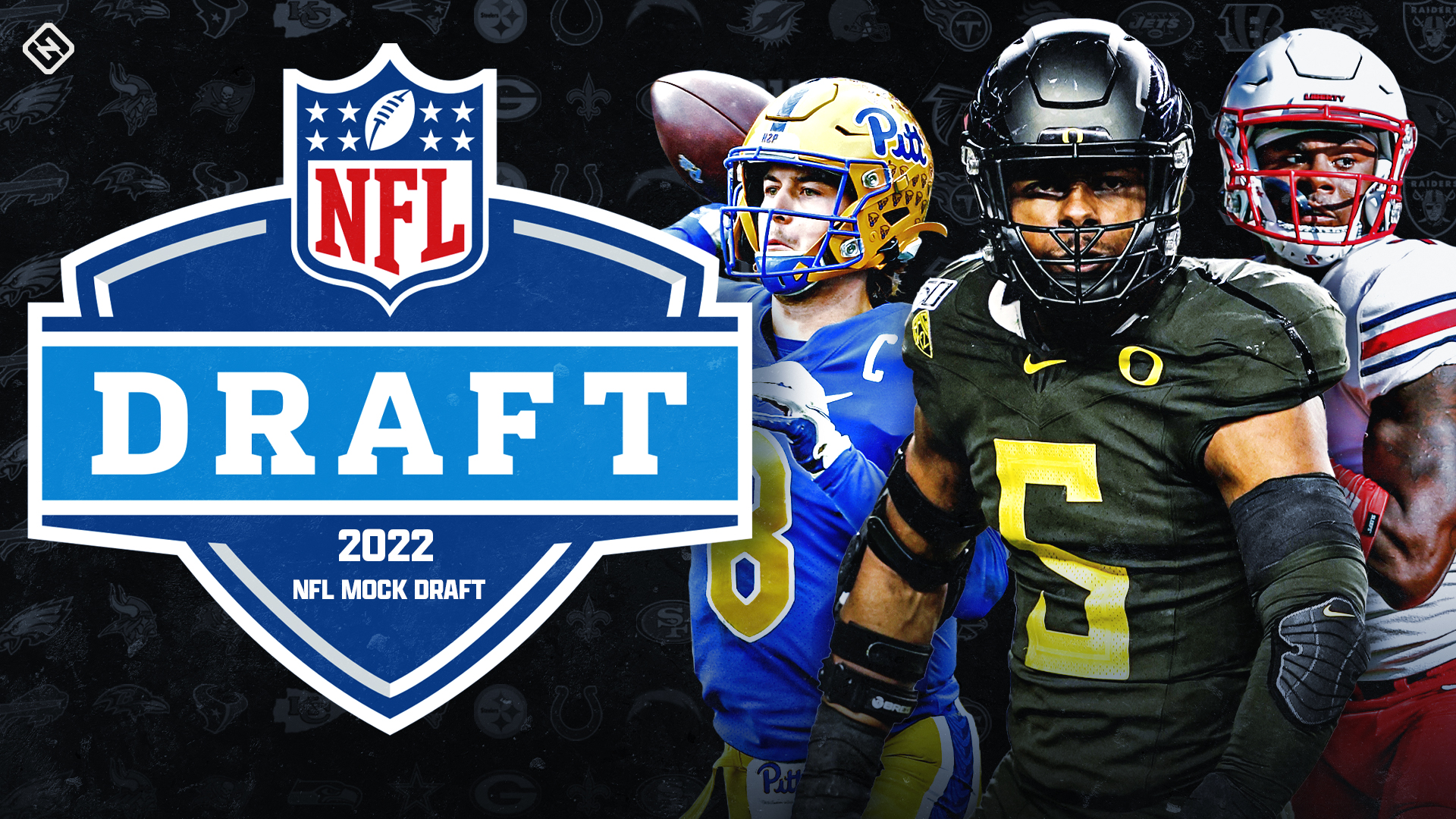 The regular season of the NFL is wrapping up this year and the teams are already preparing for the next year. And of course, a major part of building a team is the NFL Draft. Many new players from the collegiate level will be recruited to the NFL. Of course, the question remains to where these players will end up. And as such, let’s go down the list of the top draft pick and the most promising perspectives for the 2022 NFL Draft.

The Lions have a lot of positions they need to fill, and their secondary positions are no exception. Lewis Cine just came off of a terrific season and was known for his ability to patrol the middle field.

The Raider’s defense could use an infusion of young talent. And who better to add than a disruptive playmaker like Devonte Wyatt. He was a dominant force for the Bulldogs after all.

The Chiefs did lose Charvarius Ward to free agency last season. They’re in need of a new cornerback, and Daxton Hill might be it. He was great as a cornerback last year, although he may also be moved to a safety position.

With a massive frame and a great performance at the Senior Bowl, the Chiefs might want to pick up Christian Watson. Although, there’s still a chance they might try to move up in the draft.

The Packers have already cut Billy Turner and Dennis Kelly is now a free agent. They’re in need of some new blood now, and Nick Petit-Frere might be that. He’s proven himself to a be a pretty competent tackle.

The Bucs lost two guards last season, so getting new offensive linemen should be of high priority. And a polished blocker like Johnson would be an immediate upgrade for their right guard.

Kenny Pickett’s got a lot of the same traits that sent Joe Burrow so high up in the draft. It’s not a great year to need a quarterback, but the chance of picking up someone like Pickett is an opportunity that the Titans shouldn’t just be pass up.

After the Packers snatched Eric Stokes off the board last year, the Bills have been having trouble addressing their cornerback issue. And there aren’t many cornerbacks that would fill the position better than Andrew Booth Jr. There’s a reason he has the nickname Sliding Booth.

Treylon Burks is big and an athletic pass-catcher with a punishing play-style. People sometimes compare him to A.J. Brown. After losing Amari Cooper and Cedrick Wilson, it just seems like a good idea to get a new target for Dak Prescott.

Ojabo’s green to the game and green in starting experience, but he’s just got a natural combo of strength and explosiveness that makes him so useful. And frankly, the Cardinals are just in need of a new edge rusher.

If he hadn’t gotten that late-season ACL injury, Williams would probably be a lot higher in the rankings than this. He’s a good player with the ability to stretch the field, and the Packers would need a young, fast receiver if they were to lose Davante Adams. Unfortunately, that prior injury may be a deal-breaker for some.

It’s likely that Bill Bellichek will want a new, young linebacker after a few recent losses. Devin Lloyd has proven to be an excellent blitzer and coverage player this season. He’s the perfect candidate for a new linebacker.

Ordinarily you don’t pick a center in the first round. However, Linderbaum is such an asset that it’s entirely possible that he’ll get picked after all. With a few other offensive linemen off the board as well, he might be the best bet at this point.

Charlie Campbell actually reported that the Saints are interested in this particular player to replace Terron Armstead. He’s already a strong player, and Smith is expected to only rise up during the pre-draft process.

Hamilton’s dropped a lot in comparison to his previous projections in the draft. While the potential he showed in college is still there, he didn’t have the best performance at his pro day.

The Chargers have done a good job of filling up their roster in the offseason. They may have the personnel to actually win the Super Bowl this season, but their right tackle is still a little weak, especially after cutting Bryan Bulaga. Penning has proved that his level of competition won’t be an issue, and his physical playing style would fit well in LA.

The Saints got this pick from the Eagles. It’s possible they’ll use this pick to get a quarterback, but a receiver is still just as likely. And Chris Olave has proven to be a great play-maker, with a good mix of size and speed.

The Eagles need to start thinking about their game without Fletcher Cox. This next season just might be his last one. Jordan has proven to be a monster on the field, simply dominating since his debut in 2021 against Clemson. It’d be wise for the Eagles to pick him up,

After trading away Orlando Brown Jr. and dealing with a Ronnie Stanley injury, the offense of the Ravens has suffered greatly. Charles Cross is currently fine-tuning his craft, but is still a smooth and skilled player that would make an excellent asset.

Karlaftis could actually go higher than what his mock position here is. He was a monster the entire last season, which makes sense given how massive and strong he is. He’s not the most flexible or the quickest, but he certainly makes up for that with pure power.

The Vikings do still have to play against Aaron Rodgers twice a year, so having a good cornerback could be essential. And that’s where Trent McDuffie would come in. He just seems to have an excellent understanding of the game and a versatility present in all first round picks.

London had more contested catches than any wide receiver last season, despite only having the opportunity to play eight games. And with the potential for Calvin Ridley to play somewhere else in 2022, not picking London would be foolish.

The Jets may not actually need a receiver, but what matters is the Joe Douglas thinks they need one. Some of the routes that Garrett Wilson ran in the past season could be used for teaching tape. He’s not the fastest, but he’s explosive in his cuts and an excellent separation player.

Pete Carroll mentioned how finding edge-rushing help would be paramount for the Seahawks in their offseason. Johnson has proven to be a dominant player with all the tools he’ll need to be worthy of a top ten pick.

While the Falcons may be likely to pick up a new quarterback in the draft, there’s still a good chance they go for someone on their offensive line instead. Ekwonu is a massive, athletic blocker, having earned all-conference honors as both a guard and tackle.

Stingley is a top ten pick for a reason. He may have only played three games last season after an injury, but previous years have demonstrated his great skill. Stingley still has the talent to make it in the NFL and the Vikings are in need of some cornerback help.

It’s still a mystery which quarterback will be the next great one, but the Panthers passed on Justin Fields last year so they can’t afford to make that mistake again. Willis has got a rare arm talent and athleticism that will allow him to throw the ball however far down the field he wants.

Andrew Thomas previously struggled to begin his career, and while he’s improved, they could still use more help on the right. Evan Neal is 360 pounds of pure muscle, yet he’s still light on his feet.

The Giants will either get Hutchinson or Thibodeaux. The two are really neck and neck. Whichever EDGE doesn’t get picked first is bound to get picked next. In the case of Thibodeaux, New York would get a player who’s been considered a top pick for the last two seasons.

Of all the great cornerbacks in the running this year, the Texans would be foolish to not pick Gardner. “Sauce” Gardner is just good and an excellent option for their team.

Disruptive, versatile, and just a great defender all around, Travon Walker has proven himself as an effective EDGE. He can really wreak havoc on the opposing offense.

It would be unfair to let a single game define someone’s future career. Hutchinson was a worthy prospect before a quiet game against Georgia, so he still should be now. It’ll be difficult to decide whether or not to pick Hutchinson or Kayvon Thibodeaux as the edge.